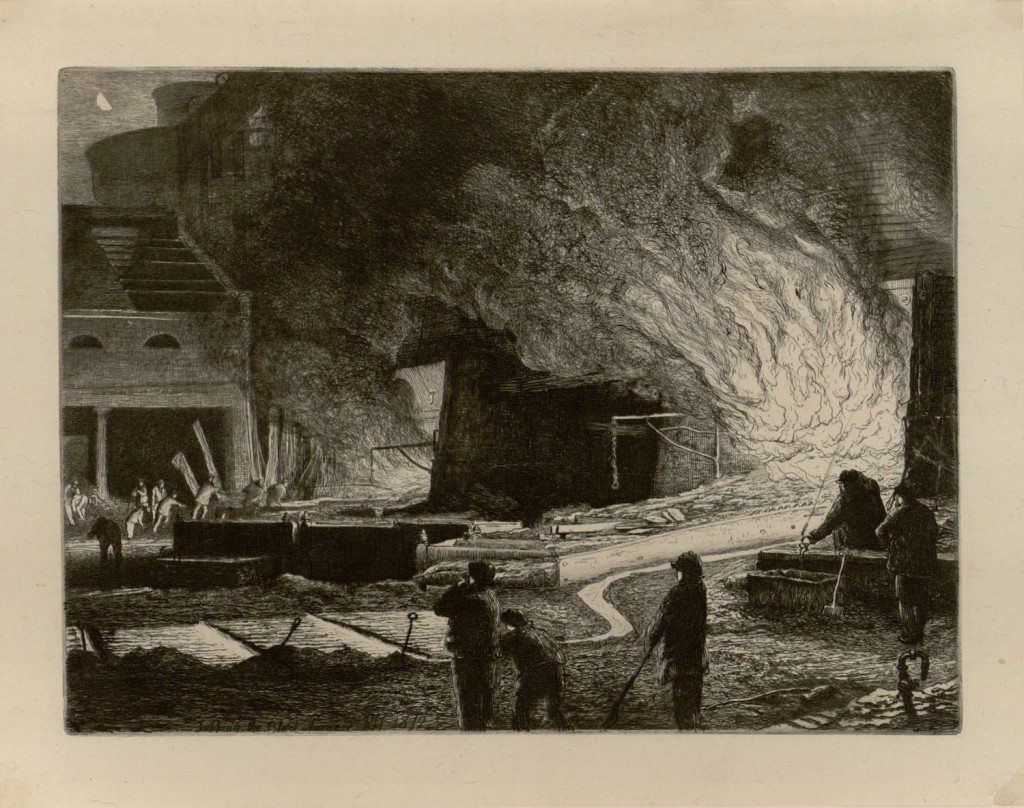 Twice in the course of every twenty-four hours the base of the furnace is opened, and the accumulation of molten iron allowed to run out in the process known as ‘tapping’. During the first stage of this operation the powerful blast is withdrawn from the furnace, but when the iron has partially run out, it is again turned on for the purpose of blowing out the remainder of the iron and cleansing the flues. A dense column of smoke, dust, and sparks rises up mingled with masses of bright flame, the latter being driven fiercely through the opening formed for the iron, and the scene becomes very striking. The iron, following the course of a small gutter previously formed in the sand, finds its way into a series of channels, where it is allowed to cool, and is afterwards broken up into what are familiarly known as pigs’.