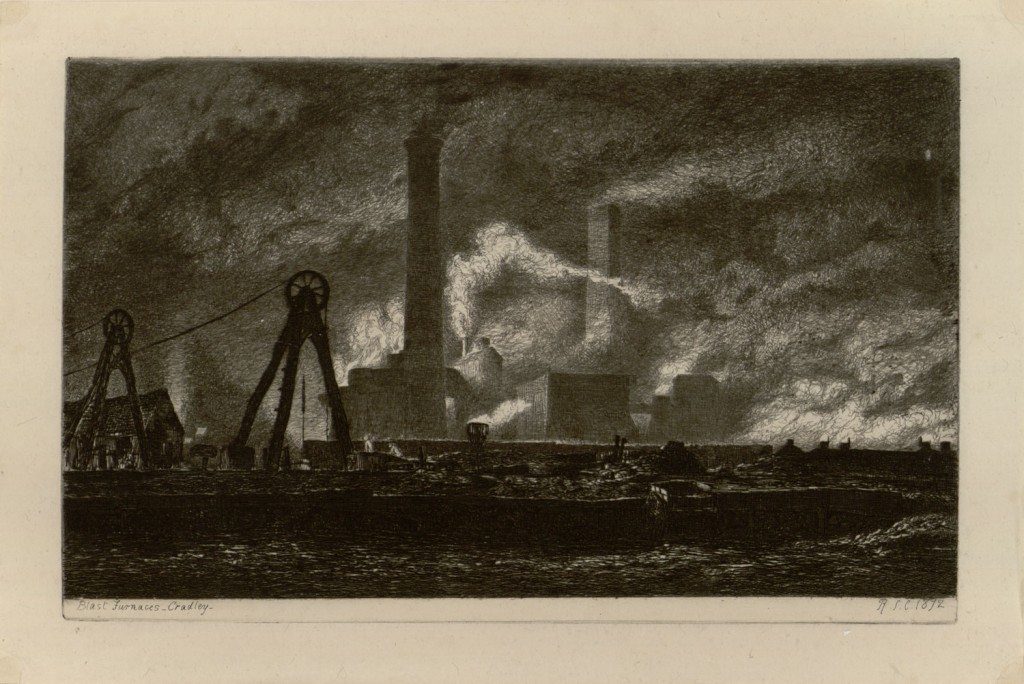 It would have been beyond the scope of the present series of etchings to attempt to illustrate fully the varied industry of the Staffordshire Black Country. The task which the author set before himself has been to select a few characteristic examples from the abundance of picturesque material to be met with in the district, and in doing so he has, with a view of imparting some little order and consistency to his work, availed himself of the succession of processes occurring in the manufacture of iron. This mode of treatment was found to be less practicable in other branches of industry, and the remainder of the plates, though for the most part also relating to the production of coal and iron, will be found more desultory in their arrangement.

The appearance of the Black Country is too well known to need verbal description. Picturesque it always is, even in the grey desolation of its ordinary midday aspect; as night comes on, and the fires of the blast and other furnaces become more conspicuous by contrast with the gathering darkness, it presents scenes of peculiar and most impressive grandeur. During the hour of twilight, when this contrast is less violent than it afterwards becomes, and the lingering daylight still partially discloses depths of mystery into which the eye is tempted to penetrate, it is seen to perhaps great advantage. The subtlety of colour which then results from the conflict between the firelight and the dying beams of day, is not to be expressed in an etching. Something, however, of the mystery and fullness of the effect may be, and an attempt to render these has been made, in the plate of the blast-furnace, which represents the ‘Corngreaves’ works of the New British Iron Company at Cradley, near Stourbridge.