Home·Browse·Illustrations of the Black Country Landscape 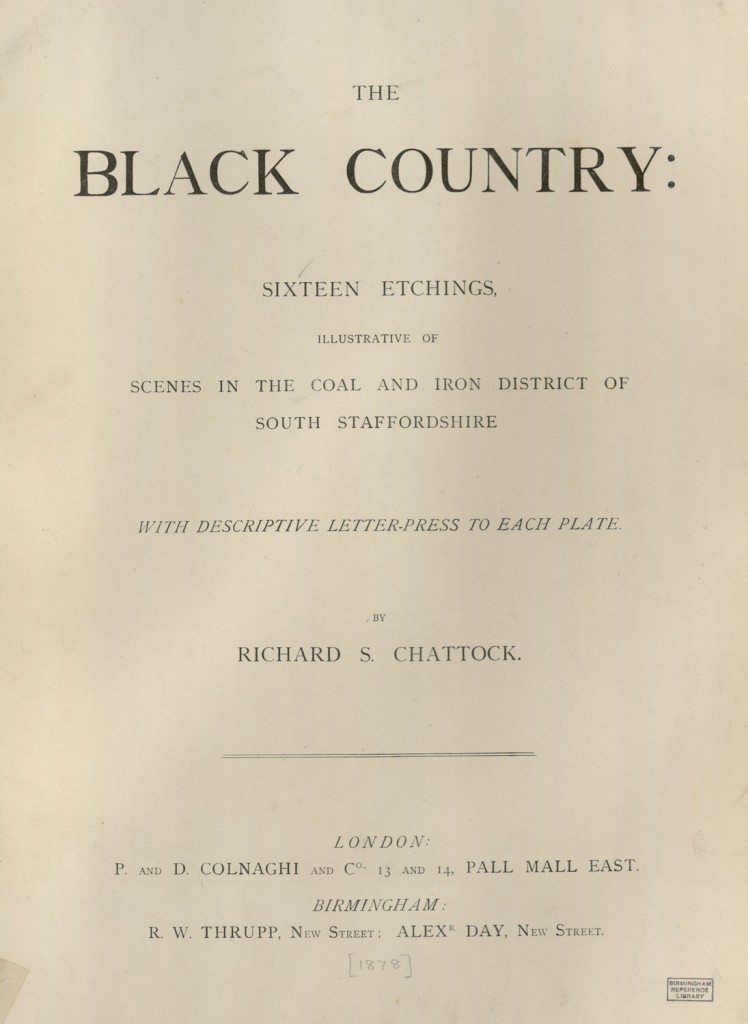 Though these 16 images date from the 1870s, they represent a long-established view of the Black Country, or more particularly the area round Dudley, which provides the focal point of the publication which contains the prints. Richard S Chattock, Sixteen Etchings Illustrative of Scenes in the Coal and Iron District of South Staffordshire by Richard S Chattock, London and Birmingham (1878)

The prints in this publication are powerfully illustrate the prevailing view of the Black Country by the 19th century – huge iron works radiating intense heat and belching flames and fumes alongside redundant engine houses, forsaken pit heads, buildings sinking into abandoned mines and acres of slag heaps and industrial refuse. The prints are presented with their original captions. The images reveal a perception of the Black Country as a region of intense productive energy (Plates I, II, III, IV, V, VI,), combined with industrial dereliction and a natural landscape ruined or ransacked by economic activity (Plates VII, VIII, IX, X, XI, XII, XIII, XIV, XV). Even the image of Dudley Castle Grounds (Plate XVI) resembles a tunnel in a coal mine. Where workers are revealed they are shown not as individuals with their own humanity, but as components of the economic forces shaping the region (Plates III, IV, V, VI, VII, VIII, IX, X, XI, XIV). There was though, another history of the region – of inventors and industrial innovators, of skilled men and women producing intricate locks or delicately illustrated enamels and real people creating lives for themselves in a harsh industrial environment. These aspects of the Black Country experience are recorded elsewhere on the website.