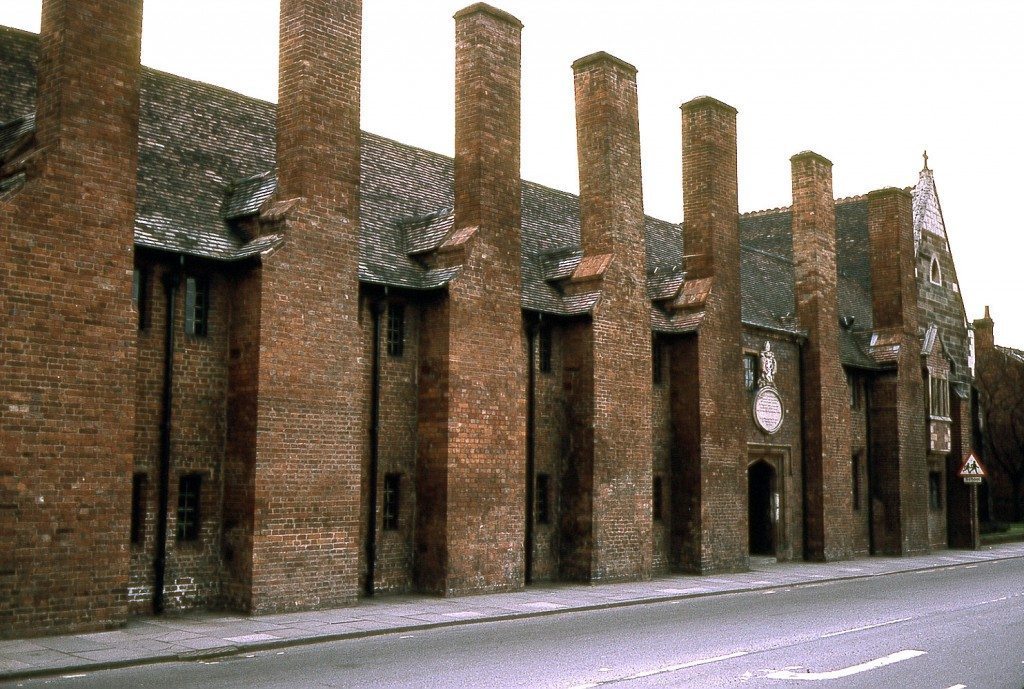 Image: St John’s Hospital, Lichfield. Floyer based much of his evidence in his book, The Physician’s Pulse-Watch, from evidence he obtained from the pulses of elderly men who lived in the almshouse. The building is still a home for retired men in contemporary Lichfield.

The Touchstone of Medicines

In his first book The Touchstone of Medicines (2 Vols. 1687), Floyer tried to classify medicines for their use in different disorders, according to their tastes and smell. The book was written in English: ‘I thought it absurd to write a Latin discourse about English plants; which is design for use of English Men, who are further to try and examine the tastes and Virtues that I have mentioned.’ He mentioned many curious plants he had found at Chelsea Physic Garden, and he discussed their classifications with the ‘ingenious and obliging Mr Watts’ who had been appointed gardener there in 1679. (In this pre-Linnean time, his classification was mainly based on the works by John Ray (1627-1707), whose book Catalogus plantarum, London, 1660, was in Floyer’s library). He also collected recipes of remedies from members of his family, friends and patients. Floyer’s ‘Country Receipts’ has been preserved at Lichfield Cathedral Library. It is a sort of Commonplace Book, which was probably started by Mary (Marion) Fleetwood, née Archbold, who would be his wife, and continued by Floyer himself.

In his Treatise of Asthma which was first published in 1698, Floyer distinguished asthma from other forms of breathlessness, and gave a detailed account of the disease. He himself was an asthma sufferer, and he carefully observed his own symptoms, and how they were influenced by the seasons, environment, and treatment.

Floyer was a great admirer of the Paduan Professor Sanctorius (1561-1636), and owned at least three books by him. Sanctorius had pioneered the study of metabolism. He monitored his own body functions for some thirty years, documenting changing in body-weight after dining, evacuating and exercising, and correlated these variables against his state of health. For his observations he used a special weighing-chair.

Floyer describes weighing an asthmatic patient (probably himself), and also a boy of fourteen, ‘after Sanctorius’ manner’. So he must have copied Sanctorius’ weighing machine and used it in Lichfield.

He also gave the first detailed description of the change in the lungs caused by emphysema. Dissections of human bodies were still very rare and extraordinary events, so his account was taken not from a human being but from a broken-winded mare.

Floyer’s treatise went through four English editions, and in 1761 it was translated into French. It can be regarded as a classic work on the subject.

In 1707-1710, Floyer published The Physician’s Pulse Watch. His study probably was originally inspired by both Galen and Sanctorius. Galen was the first physician to feel the pulse for diagnosing diseases and symptoms such as fevers. In 1620 Sanctorius designed a special instrument, the pulsilogium, based on Galileo’s pendulum clock, to measure the pulse.

In his book Floyer included references to his predecessors. But he also added a great quantity of his own observations, comments and charts relating to the pulse, and he tried to establish relations between pulse rates and several other measurements. The subjects of his observations were mainly the almsmen resident in the ancient Hospital of St.John the Baptist in Lichfield; ‘I have many years try’d pulses by Minute in Common Watches, and Pendulum Clocks, when I was among my Patients; after some time I met with the common Sea-Minute-Glass, which I used for my cold bathing, and by that I made the most of my experiments.’

To obtain an exact measurement of the speed of the pulse, rather than to describe it as ‘weak’, ‘fast’, or ‘galloping,’ Floyer needed a special timepiece. Handheld watches of which the manufacture was just beginning in Europe, seemed convenient. A clock-maker Samuel Watson (fl. c.1687-1710), adapted such a watch for Floyer’s medical purposes. Watson was patronised by Sir Isaac Newton, and also was appointed Mathematician in Ordinary to King Charles II. One of his astronomical clocks can be seen now in the Library of Windsor Castle. Watson constructed for Floyer the first known stop watch, and also the first watch with a second hand. Floyer wrote: ‘I caused a Pulse-Watch to be made which runs 60 seconds, and I placed it in a Box to be more easily carried, and by this I now feel pulses.’

Floyer became the first physician to time the pulse accurately, which is now a universal and routine medical practice.