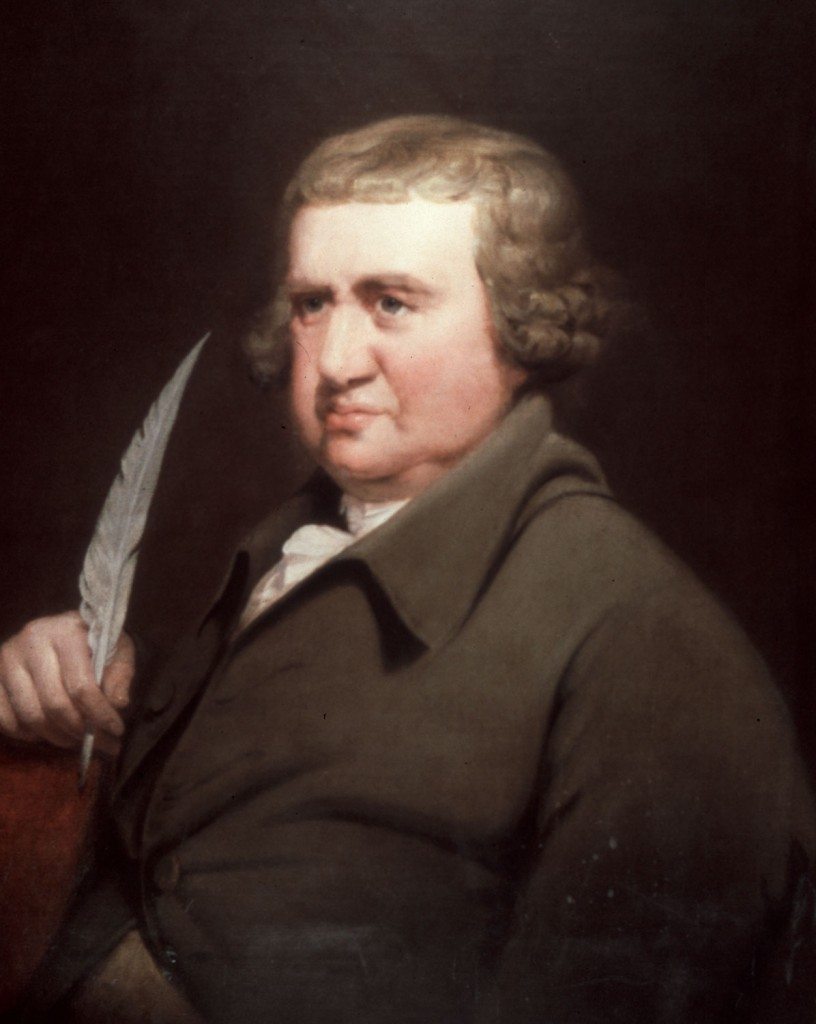 Erasmus Darwin, who started his medical practice in Lichfield in 1756, must have found vivid memories of Sir John Floyer and met his son John II (1681-1762) and granddaughter Susannah (1717-1800). Later he would purchase a piece of land a mile west of his house, at Maple Hayes, to develop a botanic garden there. In words of Anna Seward, it was: ‘a little, wild, umbrageous valley, one mile from Lichfield, amongst the only rocks which neighbour that city so nearly. It was irriguous from various springs, and swampy from their plenitude. A mossy fountain, of the purest and coldest water imaginable, had, near a century back, induced the inhabitants of Lichfield to build a cold bath in the bosom of the vale. That, till the doctor took it his possession, was the only mark of human industry, which could be found in the tangled and sequestered scene.’
This was the same spot where seventy years earlier Floyer’s cold baths had been built. Darwin incorporated them into his garden.

Their restoration at the end of the 19th century was commemorated by an inscription: ‘This stone marks the site of the Ancient Bathhouse purchased by Dr Erasmus Darwin of Lichfield and his son Erasmus Darwin the Younger from Thomas Weld of Lulworth Castle, Dorset, Esq. in the 20th year of the reign of King George III…the Bath was restored (with the original materials) by Albert Octavius Worthington at Maple Hayes, in the 53d year of the reign of Queen Victoria.’

Darwin’s botanic garden with the remains of Floyer’s bath house is not the only link between these two generations of physicians. Drawings of a machine for weighing people in Erasmus Darwin’s Commonplace Book may correspond to Floyer’s experiments. Darwin’s usual advice on temperance and physical exercise also reminds us of Floyer’s recommendations.

Floyer hoped that his only grandson would follow him into the medical profession, and wrote for him Advice to a Young Student of Physic. He prepared for the child a wide programme of medical education; after studying the classics he should secure training in chemistry, anatomy, botany and natural philosophy and then go to Holland to gain practical experience in hospitals.

Unfortunately the child died at the age of four, and so did not fulfil his grandfather’s ambitions. But in many ways it was Erasmus Darwin who kept alive the strong Lichfield tradition of scientific observation and research, and also of careful medical treatment by a learned physician, which had started here as early as the middle of the 17th century.