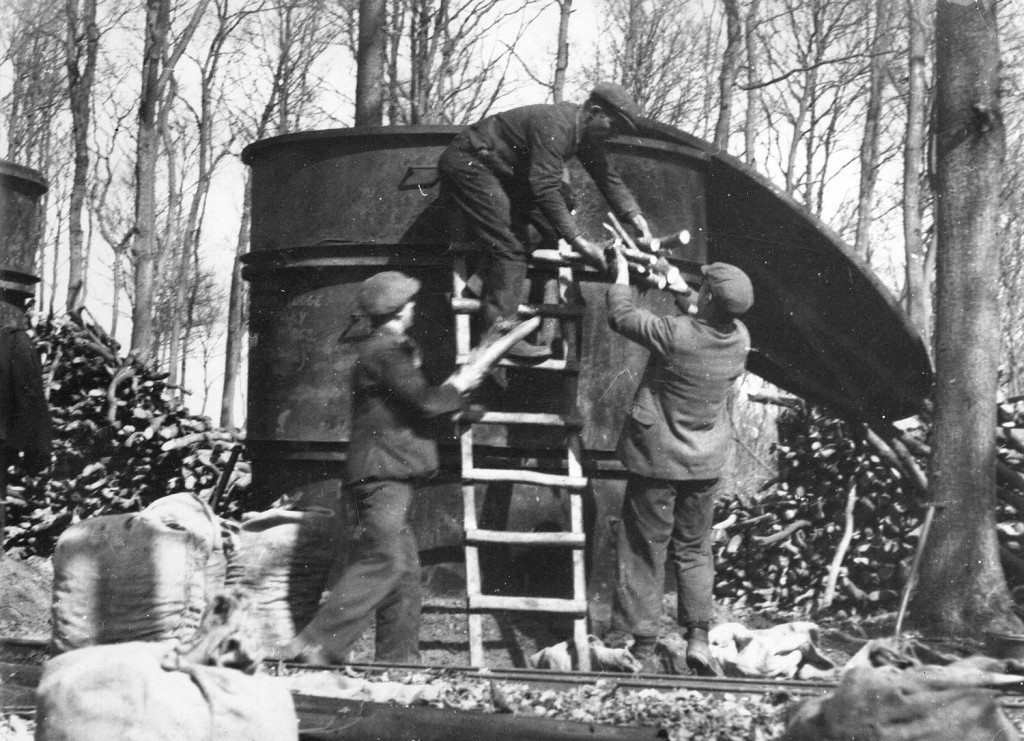 Image: Charcoal burning in the Wyre Forest. One man is filling a retort and taking wood from two others. On each side of the retort are mounds of ready cut wood. Full bags of charcoal can be seen to the left of the foreground. [Image from: Bewdley Museum, 1930s or 1940s]

New technology helped to reduce production costs, but even before Mollerat Freres developed the retort in the early 19th century, the market for charcoal was threatened. Charcoal was expensive. It constituted 70% of the cost of iron production, therefore users of charcoal searched for alternatives, especially as deforestation was threatening the supply of wood. In the Black Country, Dud Dudley, the illegitimate son of the Earl of Derby registered a patent for using coal for smelting iron in 1622, but little is known about his method. Abraham Darby I is normally credited with the development of an effective method of coke smelting in Coalbrookdale in the early 18th century, but it took until the end of the century for the discovery to be widely applied. As a result charcoal burning continued for many domestic and industrial applications, but its use for iron smelting declined. 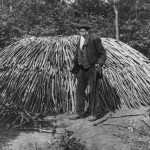 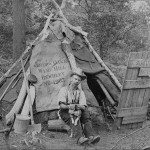 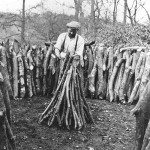 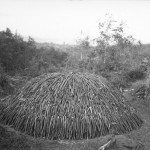 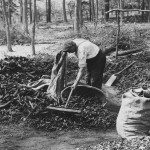 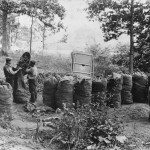 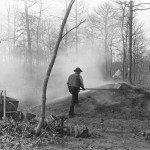 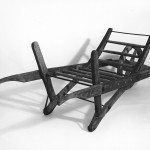 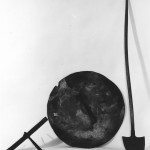 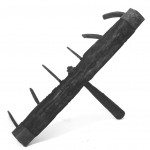 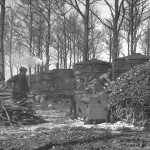 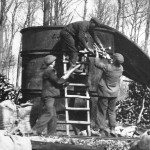 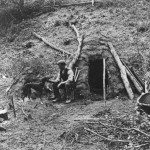