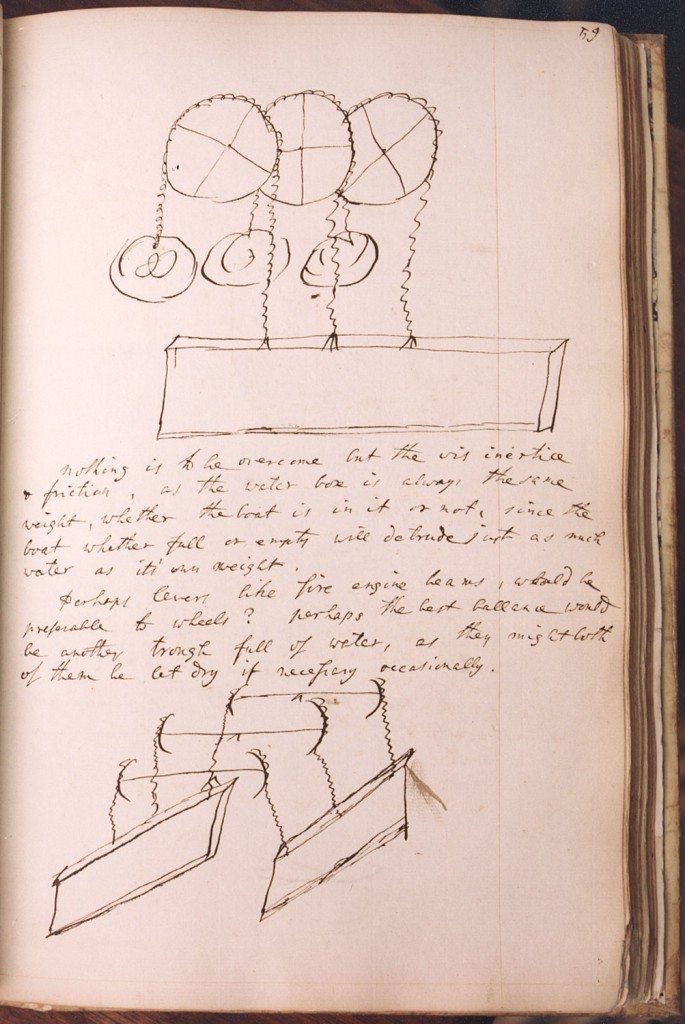 In 1760s, Darwin was deeply involved in a major enterprise – the building of the Grand Trunk Canal. This inspired him with the idea of a canal lift, which is described in an entry in the Commonplace Book dated 1777-1778.

If a canal has to climb a hill, a number of locks is usually needed. These will delay traffic, or may be difficult to build. They also allow water to escape from the upper stretches of the canal whenever a boat passes. Darwin’s lift for was intended to avoid these difficulties, and also to link the canal with a river below. He proposed raising and lowering the boats in two water-filled wooden boxes suspended on chains, each acting as counterweight to the other.

Let a wooden box be constructed so large as to receive a loaded boat. Let the box be join’d [to] the end of the upper canal and then the boat be admitted, and the doors of the admission secured again. Then the box with the boat in it being balanced on wheels, or levers, is let down, and becomes a part of the inferior lock.

Since then many lifts of a very similar design to Darwin’s invention have been installed on British canals – including the Grand Trunk Canal with which Darwin was directly associated.