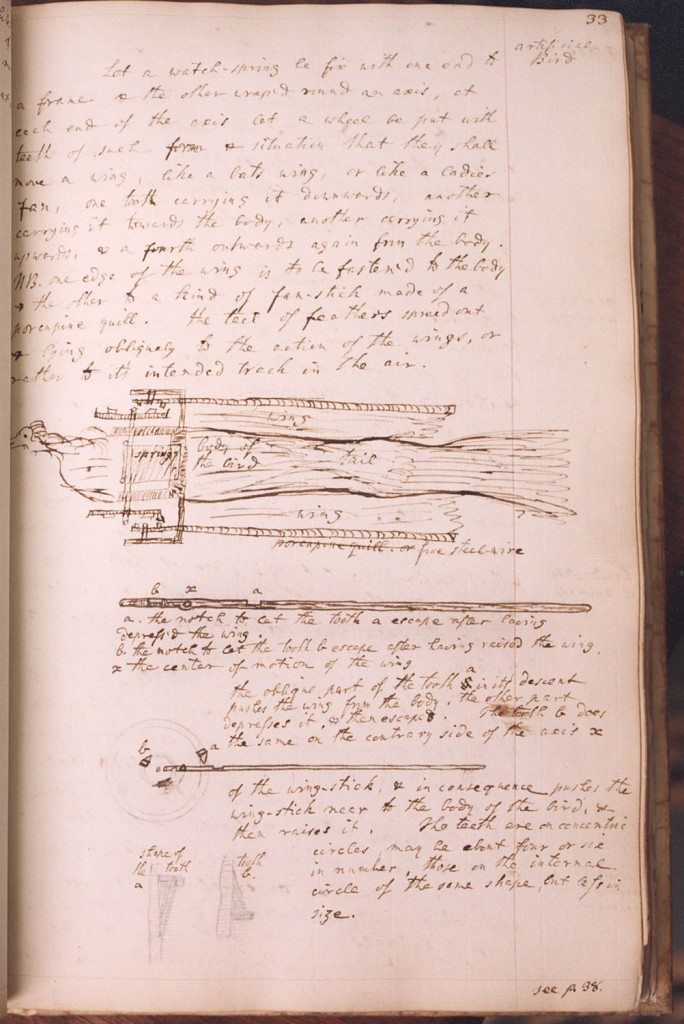 Let a watch-spring be fix[ed] with one end to the frame & the other wrap’d round an axis; at each end of the axis let a wheel be put with teeth of such form & situation that they shall move a wing, like a bat’s wing, or like a ladies fan, one tooth carrying it downwards, another carrying it towards the body, another carrying it upwards, & a fourth outwards again from the body. NB. One edge of the wing is to be fasten’d to the body & the other to a kind of fan-stick made of a porcupine quill. The tail of feathers spread out & lying obliquely to the action of the wings, or rather to its intended track in the air.

At first a small gunpowder motor was suggested as the in-flight rewinding mechanism, but later Darwin replaced it with a reservoir of compressed air.

Although the idea of a mechanical bird was by no means new, even towards the end of the 18th century there was still no satisfactory explanation of the mechanics of flight. Darwin’s description of a bird’s flight is very close to reality, and appears to be the first complete account of a power-plant and the necessary cycle of the wings’ movement.