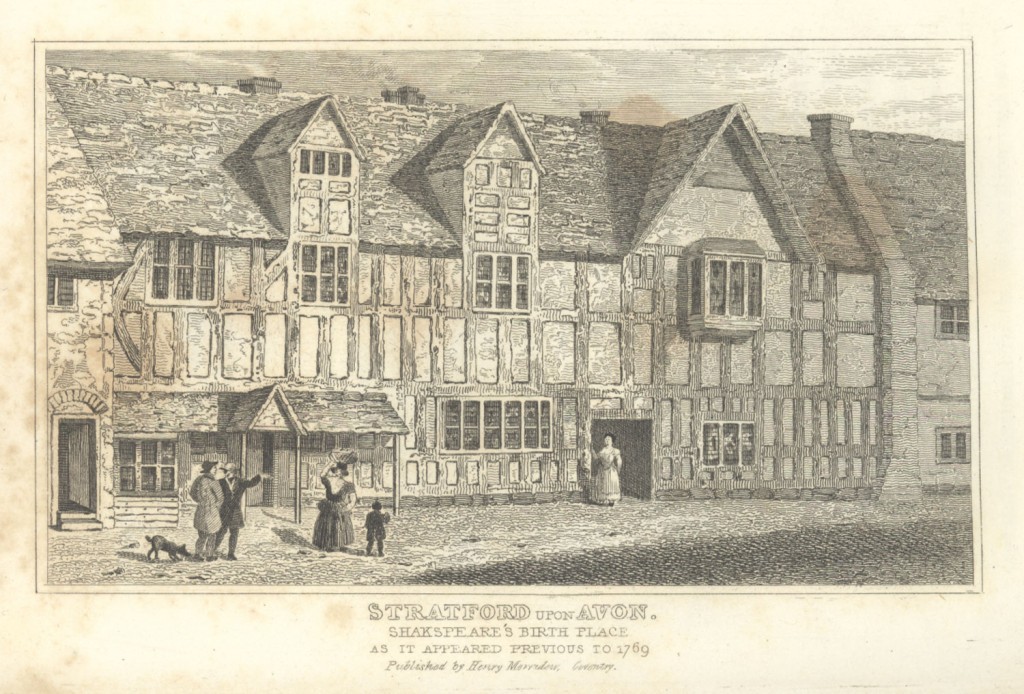 In spite of the fact that there were only a few Russian visitors to Britain and the Midlands in the 18th  and early 19th centuries, it was they who created the image for Russian society, of a technically developed Britain, with strong political traditions and a rich cultural and literature heritage.

Vassilii Malinowskii (1765-1814) was among the Russian travellers whose English impressions might have influenced Pushkin. He was the first Director of the Lyceum where Pushkin studied in 1811-1817. Malinowskii was in England in 1789-1790 (and spent some time with Karamzin accompanying him in London). He later described his impressions in the article ‘A Russian in England’ (published anonymously in the journal ‘Priiatnoe i poleznoe preprovozhdenie vremeni’ (‘A Pleasant and Useful Way To Spend Time’) in 1796. Describing the monuments of Westminster Abbey, he wrote: “The respect of the British for their countrymen who were distinguished by their talents is extraordinary. They mostly celebrate Newton and Shakespeare who is shown full-length, leaning on an urn with his arm, and pointing with the other one to verses from his works carved there.”  In spite of the fact that many Russian travellers of that period expressed different or even contrary point of view, the idea of the significance of a poet for a nation and country was particularly close to Pushkin’s heart.

The importance of a poet’s house for national culture was formulated by the poet P.Vyazemskii, when after Byron’s death he published in the journal ‘The Moscow Telegraph’ an article dedicated to Newstead, the family house of Byron: “What ever the fate of  Newstead may be in the future, it will remain for ever a commemorative place. Time might cover its walls by grass and weeds, or a rabbit might dig a burrow under its ruins. Newstead might even become the property of an ignorant grandee or a rich villain – never mind! It was the house of a great poet! Now its name is connected with immortal fame, and it will pass to descendants on the most famous page of the national history.”

An attempt to bring this attitude to reality was made in 1837, after Pushkin’s death. His grieving friends tried to commemorate places associated with him. In 1837-1838 they commissioned a set of engravings ‘Views of Pskov and its Environment’ from the local artist I..Ivanov. The set included ‘View of Mikhailovskoe’ and ‘View of Sviatogorskii Monastery with Pushkin’s grave’. In the description of the first of them the artist said: ‘Here the family estate of the Pushkins is shown. This house must be as precious for the Russians as the Shakespeare’s house is precious for the British.”

[He probably did not know about demolishing of the Shakespeare’s New Place house in Stratford-upon-Avon by Reverend Francis Gastrell in 1759].

In Russia belles-lettres have traditionally played a vital role. The Russian men of letters who visited Britain looking for traces of great writers like Shakespeare, Walter Scott, or Byron, did much for imbuing Russian society with the idea of the value of a poet and a writer and the need to keep and respect their memory and preserve their houses and memorabilia. In the 19th and particularly in the 20th centuries the striving to see ‘a poet’s house’ or to make a pilgrimage following in the steps of great writers became a significant feature of Russian national culture.