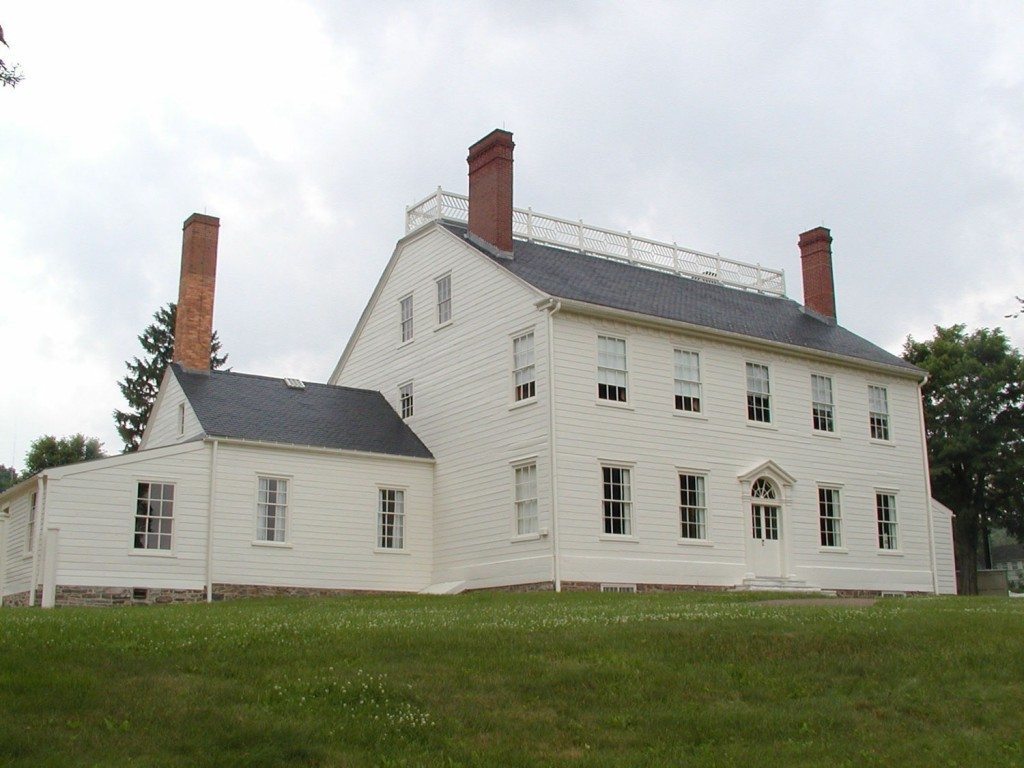 Image from: Photograph by courtesy of the Joseph Priestley House Pennsylvania Historical and Museum Commission

Malcolm Dick explores the last ten years of Joseph Priestley’s life from 1794 to 1804 in the United States of America, where he continued to write theology, investigate science and add to his reputation as a radical. He was never completely alone, but the death or departure of members of his family and his location in Northumberland, Pennsylvania meant that he developed his ideas away from the stimulus of an urban culture and distant from the friends who had sustained him in Birmingham.

Next in this section »
People: Priestley, Joseph

Priestley’s Death and long-term Reputation Sources and Further Reading To learn about Joseph Priestley and his American home, visit the Pennsylvania Historical and Museum Commission's web site.
Most read
Chronology of principal events that occurred during the Industrial Revolution in the West Midlands. Significant places in the historic counties of Derbyshire, Herefordshire, Shropshire, Staffordshire, Worcestershire and Warwickshire during the Industrial Revolution. Industrialists, engineers, artists, thinkers and writers who contributed to the Industrial Enlightenment, technology, art, culture, religion and politics. Explorations of industries and innovations; landscapes and localities; art and architecture; culture and diversity; and the place of the West Midlands in the contemporary world.
Revolutionary Players was developed between 2002 and 2004 and financed by the New Opportunities Fund. Revolutionary Players was created by Dr Malcolm Dick & Dr Kate Iles and managed by Birmingham Museums until 2015. Revolutionary Players is now published and funded by History West Midlands.