Home·Browse·The Manufactures of Birmingham and Sheffield 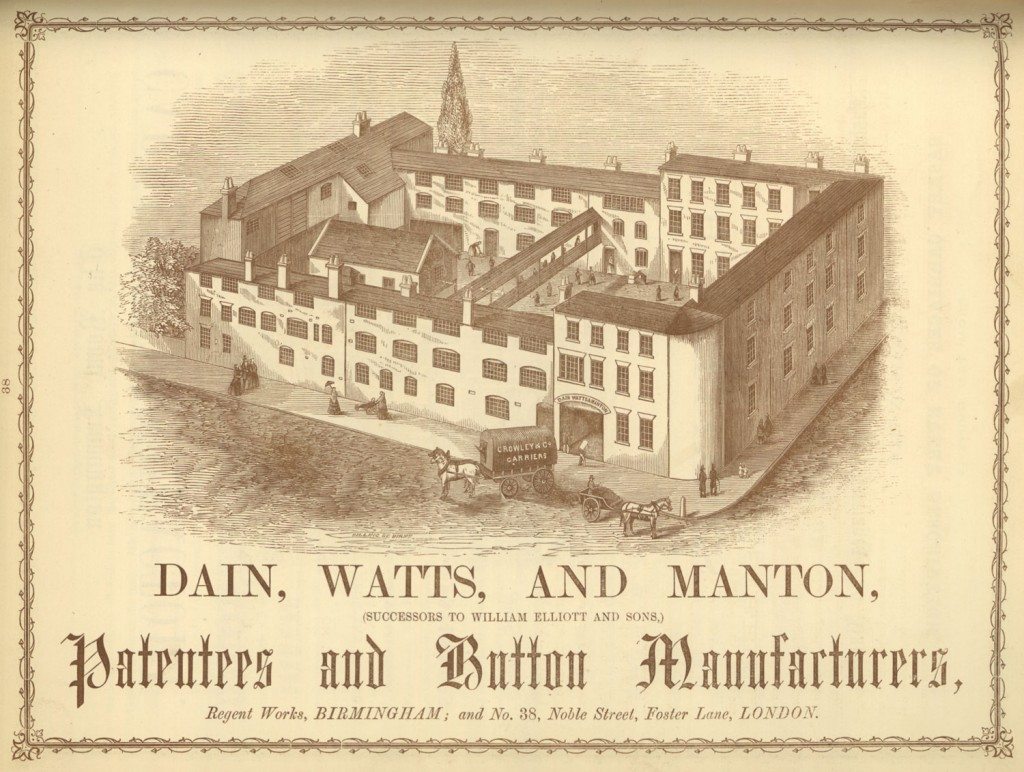 THE MANUFACTURES OF BIRMINGHAM AND SHEFFIELD
(Attributed to J. T. Bunce)

As our readers are aware, the main object of this work is to place on record, in a permanent form, the Advertisements of the chief manufacturers in some of the numerous trades which constitute the industry of the kingdom. It is hoped that, by imparting to the work an interest beyond that attaching to ordinary collections of business announcements, it ma be made to take its place as a book of reference; by consulting which the consumer will, at a glance, be able to select the house with which it will best suit him to put himself into communication; and from which both purchasers and manufacturers may derive interesting and useful information, in reference to the departments of trade in which they are respectively concerned. In order to secure the attainment of this object – the combination of amusement and instruction with ample business information – one portion of the work has been devoted to illustrated memoirs of persons distinguished by their high social position, or by their eminence as Statesmen, Lawyers, Authors, Artists, or Military or Naval Commanders. It is felt to be an essential portion of the plan laid down by the publisher, that the work should also include sketches of the history and character of the Manufacturers enumerated amongst its advertisements. As it happens that the majority of the branches of industry thus requiring notice, are those which for the staple trades of Birmingham and Sheffield – the two most important metal-working towns – it is considered advisable to treat first of those manufacturers which are peculiar to each community; then of those which are extensively carried on both in Birmingham and Sheffield; and finally, of those which cannot be assigned exclusively to either town. For errors or omissions which must inevitably occur in the execution of this plan, the publisher must beg the indulgence of the persons who have favoured him with advertisements and also that of the reader. Taking into account the widely-varied subjects to be treated, the difficulty of satisfactory classification, the condensation necessarily imposed by restricted space and the limited time allowed for preparation, it will be seen that to expect entire freedom from mistake is demanding what is simply impossible. If, at a future time, circumstances should – as the publisher anticipates will be the case – call for another and improve edition, he will use the utmost exertion to correct mistakes and supply the omissions, which are unavoidably in the present issue. The publisher desires to make on further observation: – It was originally intended to have incorporated with this part of the work, not only notices of the principal manufacturers, but also of the leading houses in each branch of trade. With this view, authentic information was sought from those houses themselves; but it has been found so difficult to obtain full and exact data that the design, excepting in a few special cases, has been necessarily, though reluctantly abandoned. With these remarks we proceed briefly to describe the manufactures of Birmingham.