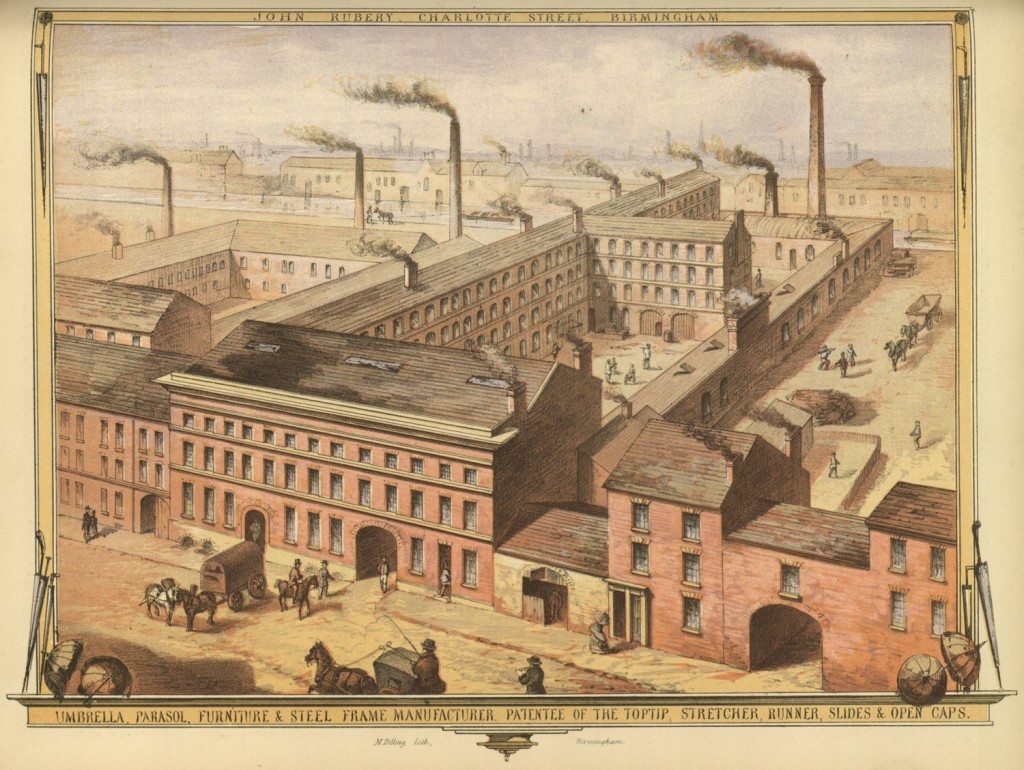 One word as to the progress of Birmingham in population and in material wealth, and we bring this portion of our work to a close. In 1648 there were in Birmingham only 907 houses and 5,472 inhabitants; in 1700 the houses numbered 2,504 and the population 15,032; in 1781 there were 4,172 dwellings and 25,032 people; in 1816 the houses had extended to 17,710 and the inhabitants had increased to 88,550. From that date the town advanced at an almost inconceivable rate. In 1831 there were 29,397 houses and 142,251 people; in 1841 the numbers were respectively 40,000 and 182,922 and in 1851 the borough contained 232,841 persons, who inhabited 48,894 houses. The rate of increase since that time has been considerably higher than in former years and we shall probably be not far wrong in estimating the actual population of Birmingham in 1858 at about 290,000 and the number of houses at not less than 70,000. At the close of the last century it is doubtful whether the united rental of Birmingham was more than £100,000 and at that time £90 a-year was the highest rent asked for a dwelling-house. At the present time the assessment of the borough is upwards of £800,000 and as this is usually calculated at about two-thirds of the actual rental, the total yearly value of building property in Birmingham would not be less than £1,200,000. Many of the dwelling-houses let for £200 or £300 per annum, and for some of the principal shops yearly rents varying from £200 to £800, or even more than £1000 are obtained. The exports of Birmingham manufactures have since the beginning of the century increased to nearly ten times their quantity and value at that period. The artisans have shared in the general advance of the town. They live for the most part in comfortable separate houses, which in some cases have gardens attached to them. Men’s wages vary from 16s to £4 or £5 per week (taking the extreme points) – the average would probably be about 26s. The consequence of this comparatively high scale of payment is that Birmingham mechanics are more independent in manner and in circumstances than those of most other towns. Many of them have by the aid of building societies become possessors of the cottages in which they live; others have ledged a considerable part of their earnings in the ‘Savings Bank’; and although no doubt much improvidence and occasionally distress, exists here as in all other great communities, yet as a class the artisans of Birmingham will, as regards prosperity and good conduct, bear favourable comparison with their working brethren elsewhere.

We now proceed to notice those of the manufactures of Birmingham which are included in the plan of this work.