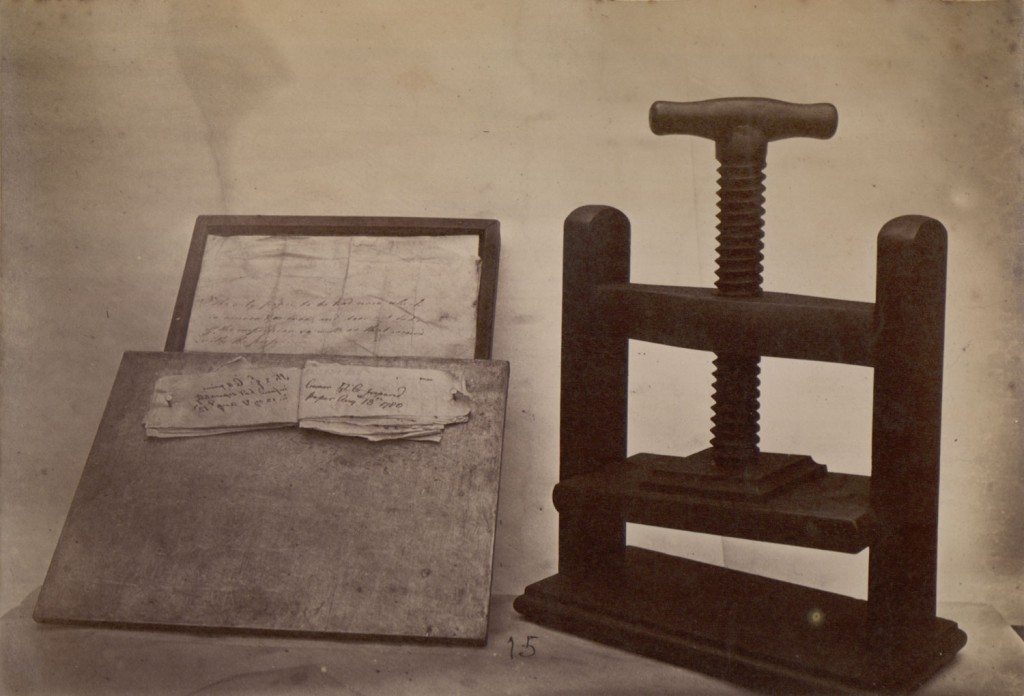 Some of the Lunar Society members invented improved cameras and various devices for making and reproducing visual images. Erasmus Darwin invented a device to copy drawings or writing in which two quill pens were fastened together. James Watt’s copier used chemical means like modern blueprints. Tom owned one of these machines, which he carried on his travels. His cousin, Ralph Wedgwood later invented carbon paper to do the same job.

Nicholson’s Journal, a scientific magazine run by one of Josiah Wedgwood’s former employees, often carried accounts of inventions for picture-making and copying and was among the first to reprint Davy’s article. So Wedgwood’s interest is not unusual for its time. But it needs to be understood as related to his studies of light, visual perception and education during his short life.

Wedgwood made several attempts at a theory of visual perception, none of which was published in his life-time. They came out of his researches into how children should be educated. He studied infants to understand how they arrive at a sense of themselves and the world around them. He decided that it was through the constant repetition of identical visual experiences that children learned to recognize the world of familiar things.

Wedgwood thought of the eye as a camera and of the images formed by light on the retina, a light-sensitive screen at the back of the eye, to be like pictures.  So for Wedgwood, a method which could make permanent pictures by the action of light, like those on the child’s retina, for repeated viewing, might obviously seem desirable as a way to improve learning.

It is not clear when the different strands of his ideas and scientific interests began to be gathered into practical work on what we now call photography. It seems possible that these experiments were partly due to intense arguments about the mind and the perceptions of children between

Samuel Taylor Coleridge, the poet and Tom Wedgwood in the late 1790s.  The intervals in which Wedgwood’s illness allowed him to work, and references such as the mention of “silver pictures” in a letter from James Watt to Tom’s brother, suggest 1799 as a possible date. This is confirmed by a friend’s recollection in 1839 of the work having taken place forty years earlier.

It was not until 1802, that the strangely titled “Account of a Method of Copying Paintings upon Glass. Invented by T WEDGWOOD, ESQ”, was published by the Royal Institution. Another of his friends, Humphry Davy, was the author and it appears that he had repeated Tom’s experiments to check them. He makes it clear that Wedgwood’s original aim, which was unsuccessful, was to make pictures using the camera. He had more success with attempts to copy pictures by placing semi-transparent paintings, and possibly silhouettes, on surfaces sensitised to light. He also used solid objects in a similar fashion. But it was not possible to fix the images permanently. They steadily darkened on being exposed to the light.

The article also mentions that images made on white leather were the most successful, a fact that would prove important to later researchers. Although he would have thought of his initial efforts as a failure, Tom Wedgwood was aware of the importance of recording them, along with other promising ideas, for the benefit of others.

While it is important not to overestimate work which in the past has been underrated it now seems clear that his work not only anticipated the inventions of forty years later, but in some cases definitely influenced them. For example, the researches of The Rev. J B Reade in the early 1830s were certainly based on knowledge of Wedgwood’s work and developed the hint about success with leather. Reade realised it was something about the tanning of leather that helped and by tanning paper he secured improvements.

Reade’s work was known to William Henry Fox Talbot, rightly considered the most important of the fathers of photography for his greater understanding of the chemistry, and for his negative-positive process that made possible modern mass-produced photographs. There is, then, at least, an indirect link between the two. It is quite likely that some of Talbot’s important ideas, such as making photographic copies by contact printing, were suggested by Wedgwood’s work.

Tom Wedgwood, talking of his work on education, once said his aim was “to find some master-stroke which should anticipate a century or two on the lazy-paced progress of human improvement.”   His big idea, photography, would prove to be just that! 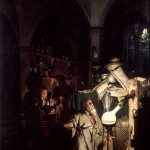 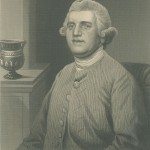 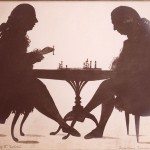 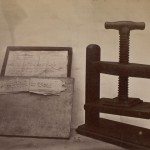