Home·Browse·Industry and Agriculture: Rope Making and Horn Working in Bewdley 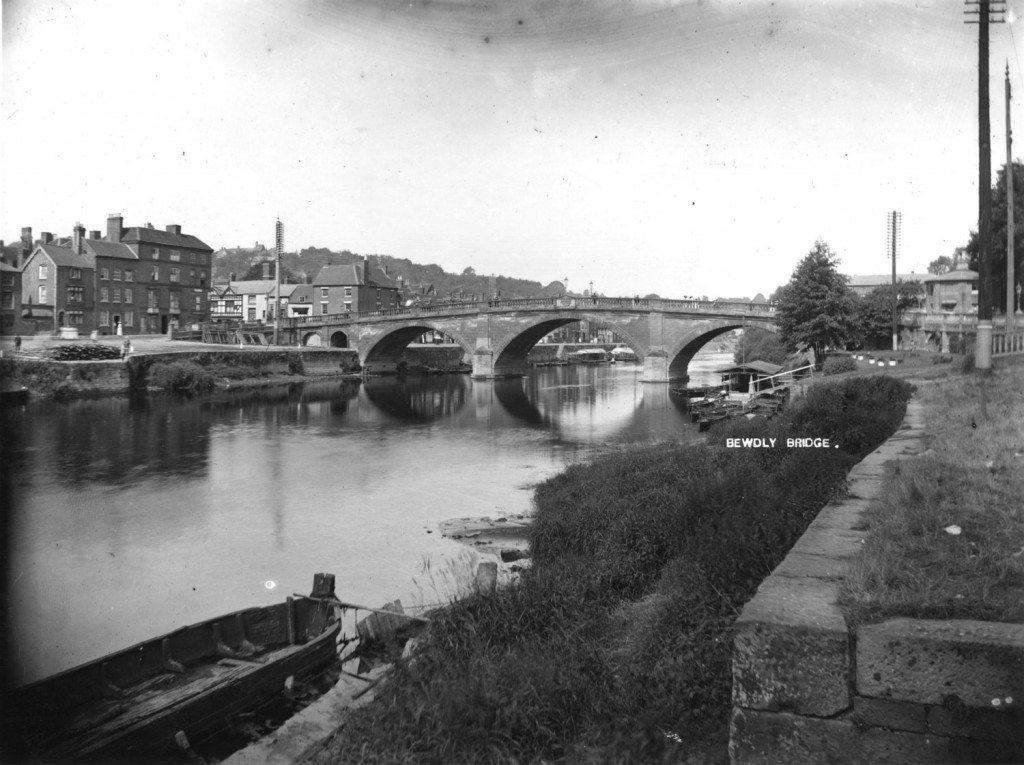 Industry and Agriculture: Rope Making and Horn Working in Bewdley

Image: This photograph, taken in 1910, shows Bewdley’s river frontage in commercial decline. It also provides indicators that reveal the links between the town’s industrial experience and the supply of agricultural products in the 18th and 19th centuries.
• It shows the River Severn, Bewdley’s main transport link for sources of raw materials, such as animal products and hemp, and markets for horn, rope and leather.
• Thomas Telford’s Bewdley Bridge (wrongly spelt in the picture), which was built in 1798, dominates the picture’s background, with its toll bridge on the right, which was demolished in 1960. The bridge improved road links across the river.
• The road over the bridge led on the left to Load Street, another main transport route to and from the Severn, leading to Bewdley’s cattle markets. Cattle were not only a source of food, but also provided horn for hornworkers and leather for tanning. Hides were also imported from elsewhere along the River Severn.
• Wribbenhall, the location for Lowe’s ropeworks is on the right of the photograph. The riverbank shows the remains of a stone wharf and a derelict boat. Hemp for Lowe’s was offloaded on this wharf.
• The opposite bank shows Severnside South, another wharf. Bewdley’s last tannery, which closed in 1928, was located here.

Historians have traditionally focused on large concerns such as textile factories and breweries when they have explored the relationship between agricultural products and manufacturing, but other businesses were part of the increasingly complex and specialised economy of the 18th and 19th centuries. Bewdley, in Worcestershire had a diverse industrial base linked to markets and sources of supply across the English Midlands and beyond. Several trades were dependent on animal products such as hides and horn, others required plants to provide essential raw materials. Textile factories were never located in Bewdley, but the town was home to an important rope works which supplied a range of finished products to factories, farms and families.

Next in this section »
People: Browse
Place: Bewdley 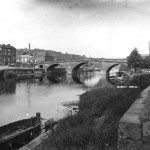 Industry and Agriculture: Rope Making and Horn Working in Bewdley 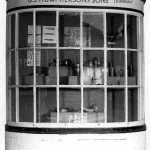 Hornworking Sources and Further Reading Bewdley Historical Research Group, Bewdley in its Golden Age, vol. 2, Trades and Industries 1660-1760, Worcester, 1999 Bewdley Museum Information Sheet, Rope Making, n.d. E M Crowther, Lowe’s Rope and Twine Manufactory: A local Industry, Bewdley Historical Group Occasional Paper No. 1, 1998
Most read
Chronology of principal events that occurred during the Industrial Revolution in the West Midlands. Significant places in the historic counties of Derbyshire, Herefordshire, Shropshire, Staffordshire, Worcestershire and Warwickshire during the Industrial Revolution. Industrialists, engineers, artists, thinkers and writers who contributed to the Industrial Enlightenment, technology, art, culture, religion and politics. Explorations of industries and innovations; landscapes and localities; art and architecture; culture and diversity; and the place of the West Midlands in the contemporary world.
Revolutionary Players was developed between 2002 and 2004 and financed by the New Opportunities Fund. Revolutionary Players was created by Dr Malcolm Dick & Dr Kate Iles and managed by Birmingham Museums until 2015. Revolutionary Players is now published and funded by History West Midlands.