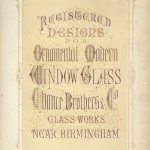 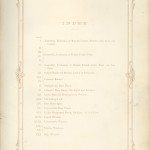 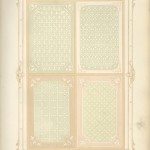 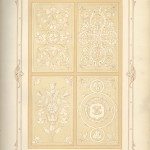 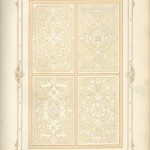 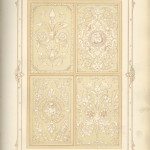 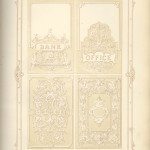 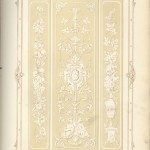 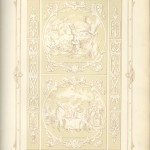 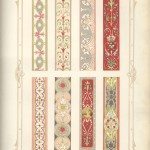 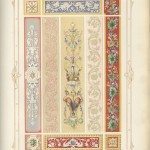 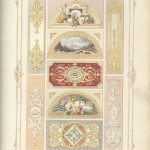 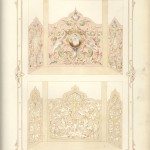 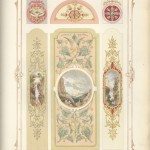 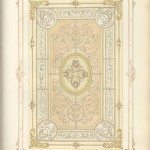 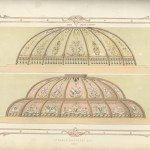 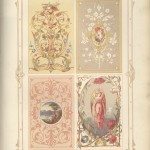 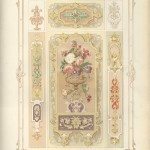 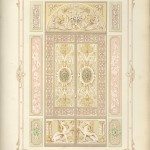 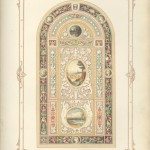 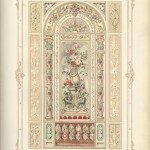 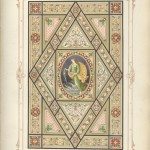 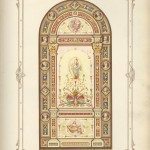 Chance Brothers of Smethwick reassessed their manufacture of coloured and decorative window glass in the 1860s. In 1864, John V Chance argued that the Company should show no more “windows of the modern kind, but to endeavour to produce Church work of a character to place us in the front rank”. Alexander Chance saw otherwise. He was charged to produce a report on the state of the ornamental department and argued that Church work would never become profitable because the Company would be competing with specialist manufacturers such as Clayton & Bell, Hardman, Wailes and others who also produced cheaper Church glass. He advocated concentrating on the profitable “Modern Work” and was successful in shifting the focus of the Company. The Catalogue of 1867 presented in this exhibition is devoted to “Modern Stained Glass”. Compared to the 1853 Catalogue, it reflected not only a shift in Chance’s policy but a change in public taste towards more lightly tinted glass.