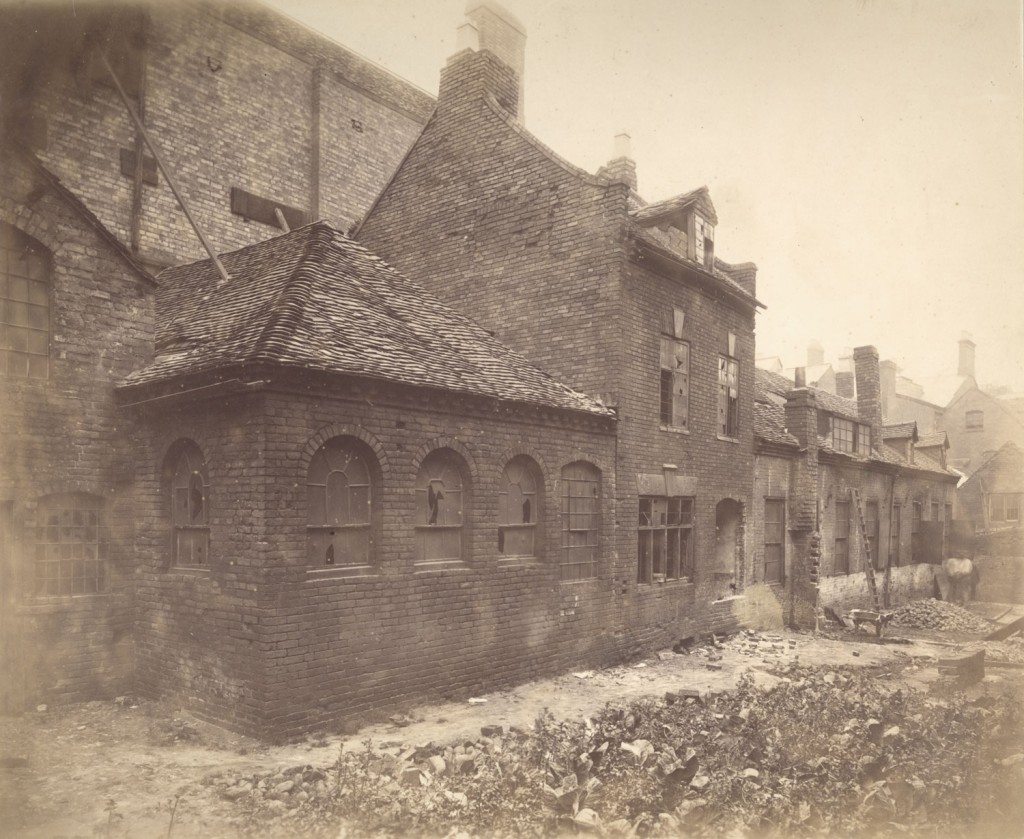 Baskerville’s Type Foundry at the end of Caxton Passage, High Street, the back of Marsh’s Jewellers, July 1887 in the course of demolition.

Artisans like Baskerville could turn their hands to almost anything. After his success with “japanning” everything from snuff-boxes to coach panels, he had enough liquid capital to realise some of his other artistic pursuits. As a former master and teacher of copperplate handwriting it was only natural for him to want to create the most elegant type-face. Competition was strong, especially in London, where William Caslon had secured a monopoly which was virtually impenetrable. Caslon was well-established by the seventeen thirties and was soon exporting to Europe and America.

Baskerville sent his friend Franklin a copy of one of his printed works, Shaftsbury’s Characteristics, and Franklin hawked it around his printer friends across the Atlantic. As a printer himself, Franklin was doing rather more successfully in America what Baskerville hoped to do in England. Getting his fine-edged and graceful typeface accepted proved beyond his means. Unfortunately, the Birmingham printer did not find a buyer for his punches and matrixes during his lifetime, and it was left to his wife, after his death, to bring off the deal. There was a lot of interest, but along with many other Midlands’ innovators, much of the interest from visitors was in industrial espionage, learning how Baskerville made his paper and ink. Sarah Baskerville, or Sarah Eaves as she was earlier, seemed to have had the duty of showing visitors round his works, especially his japanning works, as William Petty, Earl of Shelburne, and his wife found on a visit in 1766. John Baskerville would show guests the garden. When the German humorist and physicist Georg Christoph Lichtenberg visited just over a decade later, with Baskerville dead and standing upright in his mausoleum, Sarah, dressed in black silk, showed him everything

except the secret which he particularly wanted to know, how the paper and ink were made. He looked, however, very carefully at the work of a woman and a little girl, who were glazing papers, and by that and a few skilful inquiries, he thought he had gathered some information.

Lichtenberg confessed he would have bought the entire workshop had he possessed the £4,000 Mrs. Baskerville was asking for it. As well as the blackness of Baskerville’s ink it was quick-drying and this was one of the secrets other printers sought. There is little doubt that he added varnish to expedite the drying process, a trick he would have been aware of as a japanner. 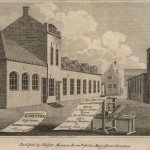 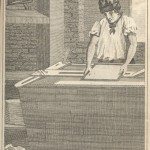 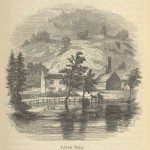