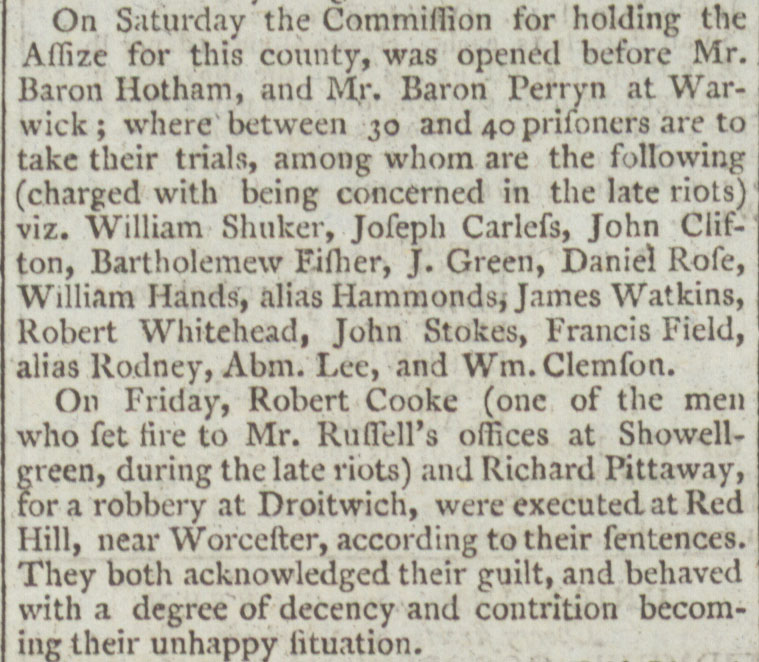 On Saturday the Commission for holding the Assize for this county, was opened before Mr. Baron Hotham, and Mr. Baron Perryn at Warwick; where between 30 and 40 prisoners are take their trials, among whom are the following (charged with being concerned in the late riots) viz. William Shuker, Joseph Carless, John Clifton, Bartholemew Fisher, J. Green, Daniel Rose, William Hands, alias Hammonds, James Watkins, Robert Whitehead, John Stokes, Francis Field, alias Rodney, Abm. Lee, and Wm. Clemson.

On Friday, Robert Cooke (one of the men who set fire to Mr Russell’s offices at Showell-green, during the late riots) and Richard Pittaway, for a robbery at Droitwich, were executed at Red Hill, near Worcester, according to their sentences. They both acknowledged their guilt, and behaved with a degree of decency and contrition becoming their unhappy situation.