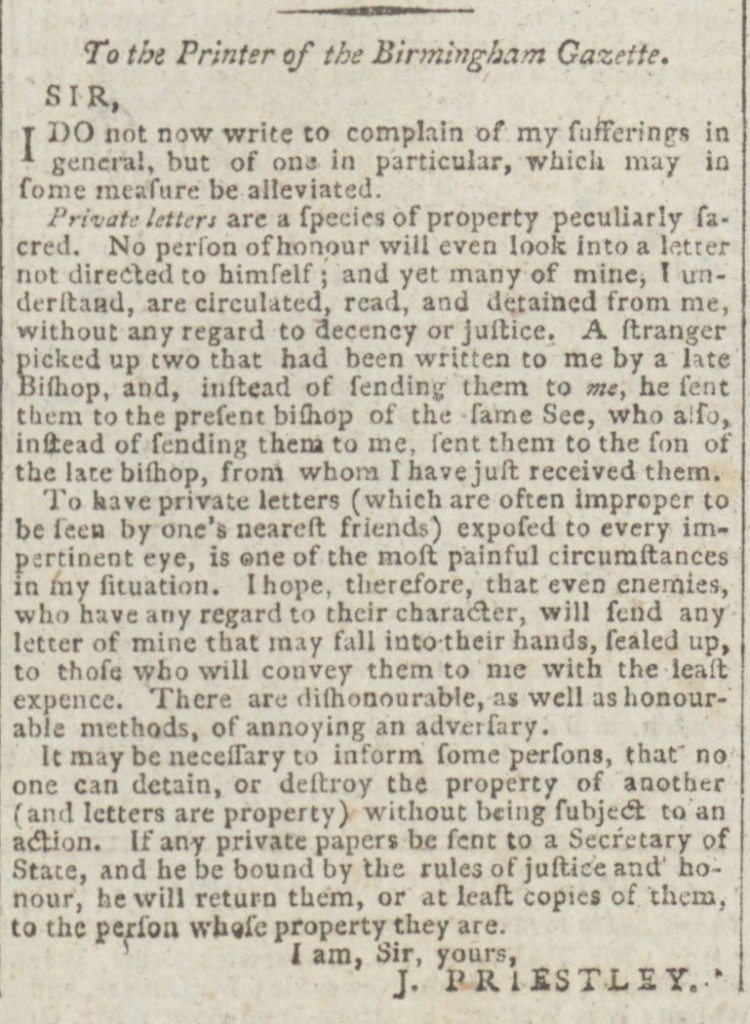 To the Printer of the Birmingham Gazette.

I DO not now write to complain of my sufferings in general, but of one in particular, which may in some measure be alleviated.

Private letters are a species of property peculiarly sacred. No person of honour will even look into a letter not directed to himself; and yet many of mine, I understand, are circulated, read, and detained from me, without any regard to decency or justice. A stranger picked up two that had been written to me by a late Bishop, and, instead of sending them to me, he sent to the present bishop of the same See, who also, instead of sending the to me, sent them to the son of the late bishop, from whom I have just received them.

To have private letters (which are often improper to be seen by one’s nearest friends) exposed to every impertinent eye, is one of the most painful circumstances in my situation. I hope, therefore, that even enemies, who have any regard to their character, will send any letter of mine that may fall into their hands, sealed up, to those who will convey them to me with the least expence. There are dishonourable, as will as honourable methods, of annoying an adversary.

It may be necessary to inform some persons, that no one can detain, or destroy the property of another (and letters are property) without being subject to an action. If any private papers be sent to a Secretary of State, and he be bound by the rules of justice and honour, he will return them, or at least copies them, to the person whose property they are.
I am, Sir, yours,