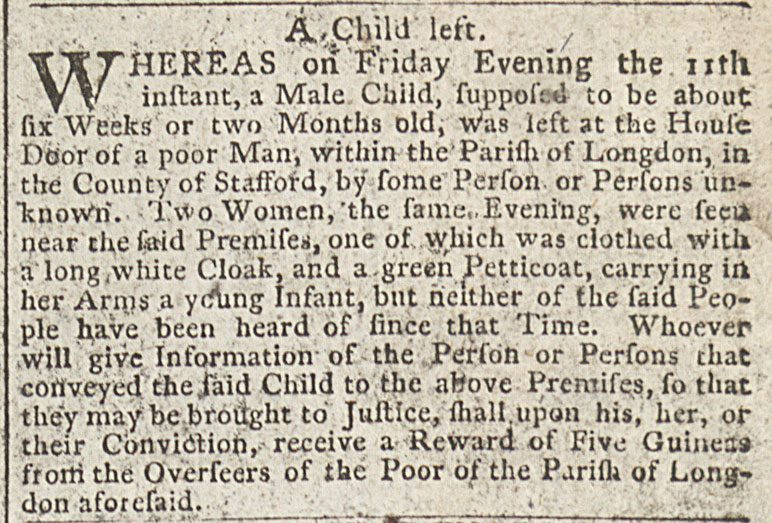 WHEREAS on Friday Evening the 11th instant, a Male Child, supposed to be about six Weeks or two Months old, was left at the House Door of a poor Man, within the Parish of Longdon, in the County of Stafford, by some Person or Persons unknown. Two Women, the same Evening, were seen near the said Premises, one of which was clothed with a long white Cloak, and a green Petticoat, carrying in her Arms a young Infant, but neither of the said People have been heard of since that Time. Whoever will give Information of the Person or Persons that conveyed the said Child to the above Premises, so that they may be brought to Justice, shall upon his, her, or their Conviction, receive a Reward of Five Guineas from the Overseers of the Poor of the Parish of Longdon aforesaid.