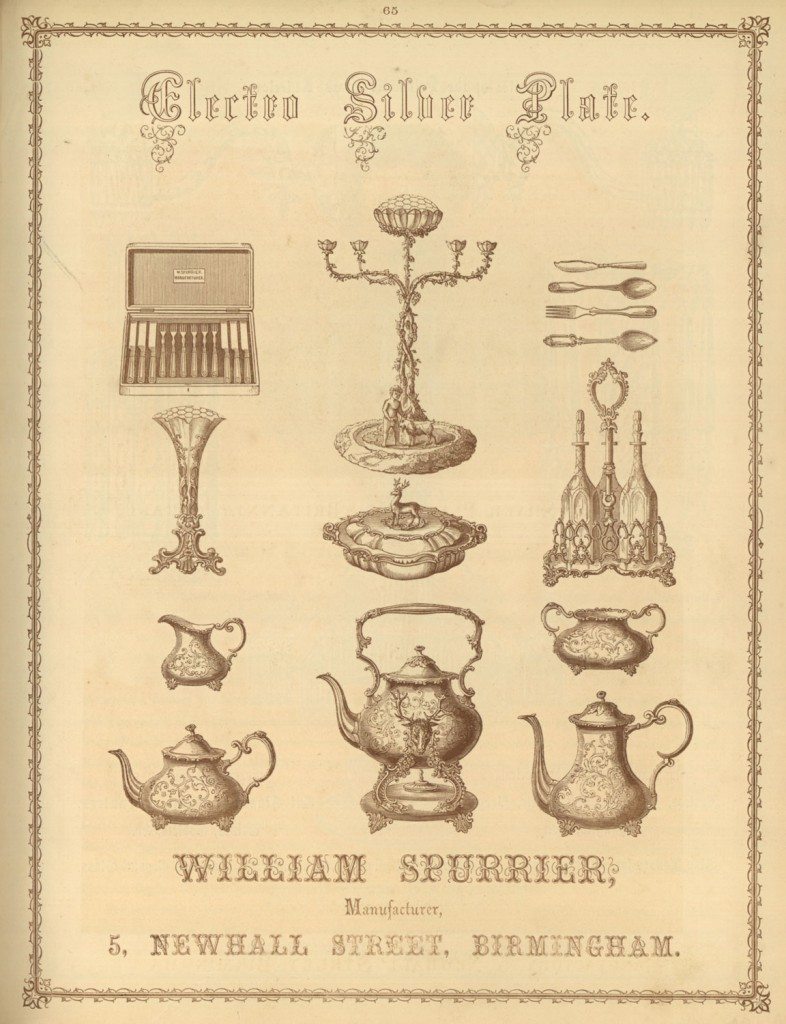 The process of electro-deposition, which we have described, is also largely employed for the purpose of producing bronzes – and works of art composed wholly of copper, silver or gold. In this case the reduced metal is received inside a mould instead of outside an article, such as a teapot, the reduced metal being deposited with the greatest facility and precision in the interstices of the most complex mould. The moulds employed may be of metal, but they are more commonly made of a non-metallic substance. Sometimes where what is called ‘under-cutting’ is employed, as in articles in very bold relief, elastic moulds are used, the elasticity being necessary in order to allow of the separation of the deposit from the mould. Where made of non-metallic substances are employed, it is necessary to communicate to their inner surface the power to conduct electricity, for it is only upon an electrical conductor that a deposit can take place. We do not think it necessary to enter further into details as to the preparation of these moulds. We may had that the character of the deposited metal may be varied according to the strength and copiousness of the electrical current employed to effect its reduction. It may be made hard or soft and have a white frosted appearance or a brilliant polish. The latter condition, technically called ‘bright-plating’ may be secured in various ways: some salts of silver, the hypo-sulphite for example, yield a bright deposit without any special precautions being requisite. The argento-cyanide, which as we have said, is the most commonly employed salt, yields a white-frosted deposit under ordinary circumstances and in order to produce a bright deposit from the last-mentioned salt, some organic compound requires to be added to the bath. A great variety of compounds are known which will produce this effect, almost all of them being hydro-carbons or compounds rich in carbon. The compound most commonly employed is the highly volatile liquid called bi-sulphide, or bi-sulphuret of carbon, an incredibly minute quantity of which gives to a bath the property of bright plate.