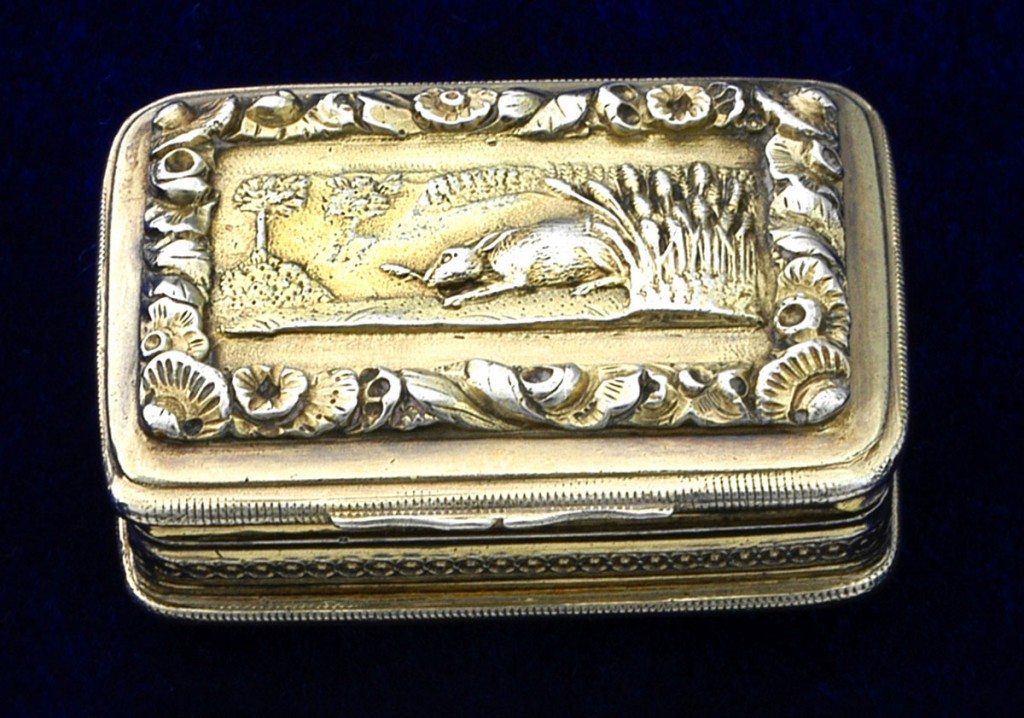 The image of a hare hiding in reeds derives from a hunting scene in a vignette produced by the workshop of Thomas Bewick (1753-1828), a designer, illustrator and engraver known as the ‘father of modern English book illustration’.

The vignette was engraved for the edition of Robert Burns’ poems published in 1808.