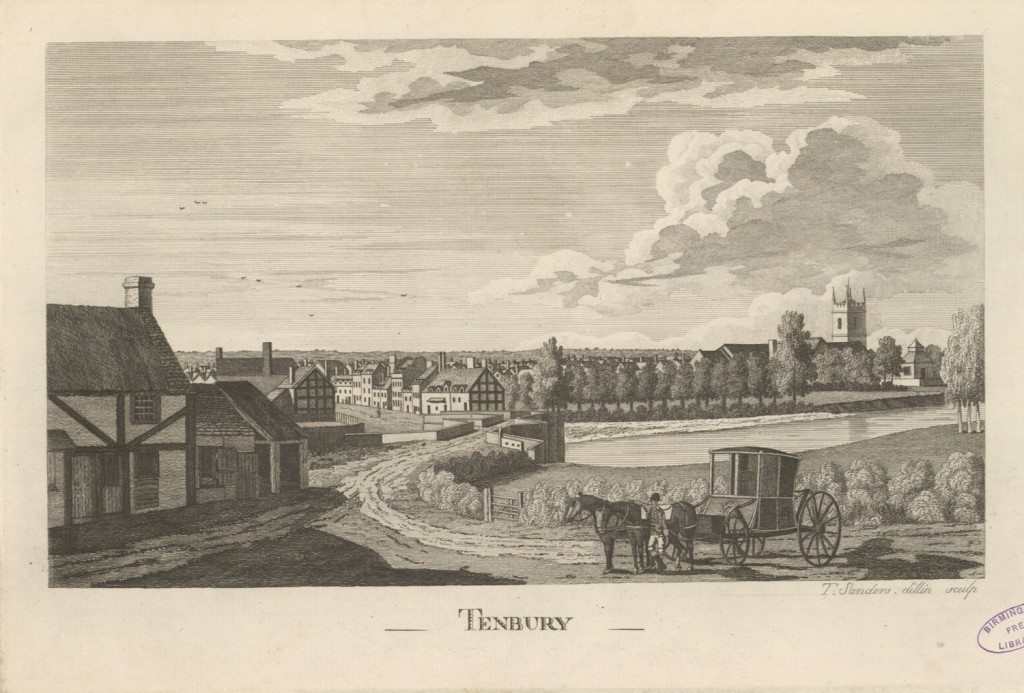 LIES upon the borders of Worcestershire, towards the north-west, and joins the parish of Burford in Shropshire; is 133 miles distant from London, 15 miles from Bewdley, and 22 miles from Worcester.

Anciently it was called Tametdeberie, from the river Tame, on whose banks it is pleasantly situated, but whose rapid floods have sometimes done great mischief here: In the year 1770, its water threw down the south and middle aisles of the church, which have since been rebuilt, and are now in good repair, the church being handsome, light, and commodious. The bridge over the river part the two counties, one half being in Worcestershire, and the other in Shropshire.

It has three every year, for horned cattle, horses, and sheep; the first on the 26th of April, the second on the 18th of July, and the third on the 26th of September. The weekly market is on Tuesday. The number of houses in the parish is about 220, of inhabitants about 900; the yearly burials are about 30, and the christenings about 35; the number of freeholders about 60.

TENBURY town, exclusive of the rest of the parish, pays to the land-tax, at four shillings in the pound, 161l. 17s. 6d.; to the poor and other county payments, one year with another, 150l.