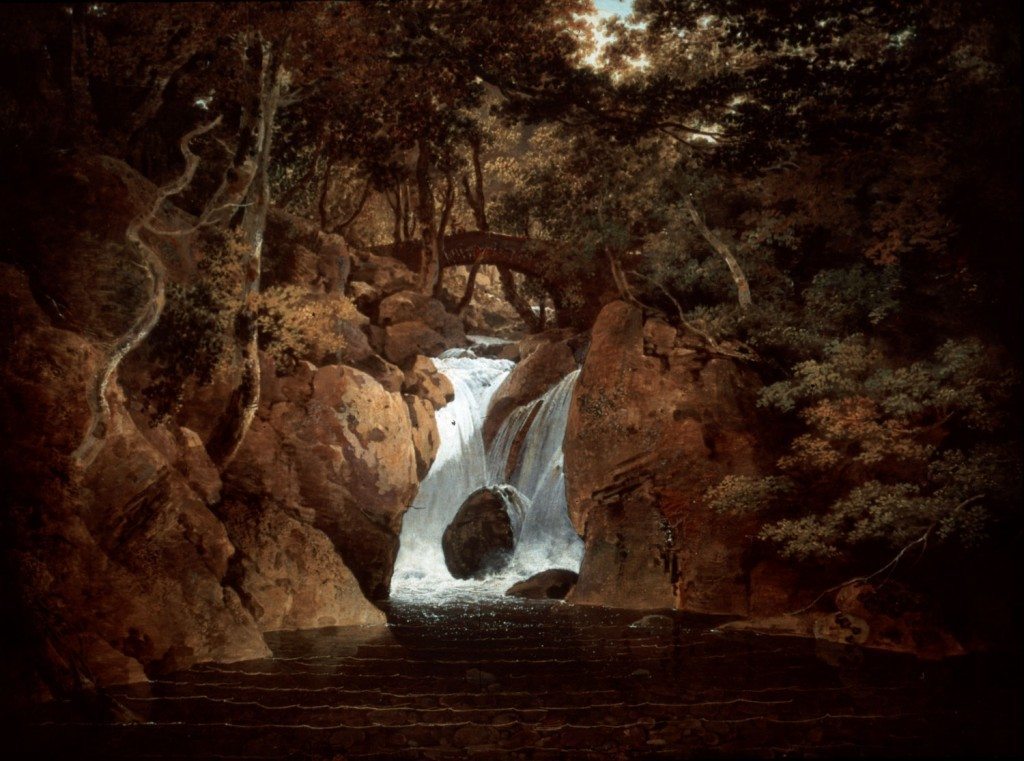 Virgil was a famous Roman poet who died in 19 BC. His tomb was located in the hills near Naples and it formed part of the journey for Europeans engaged on a tour of classical remains in the region. Wright probably visited it during his stay in Naples in autumn 1774. Between 1778 and 1785 he painted seven views of the subject. Most show the tomb at midnight.

The painting shows the tomb overgrown and in a ruinous state. A full moon illuminates the scene in a cloudy sky and the fall of light emphasises the dark, forbidding atmosphere of the tomb and its surroundings.