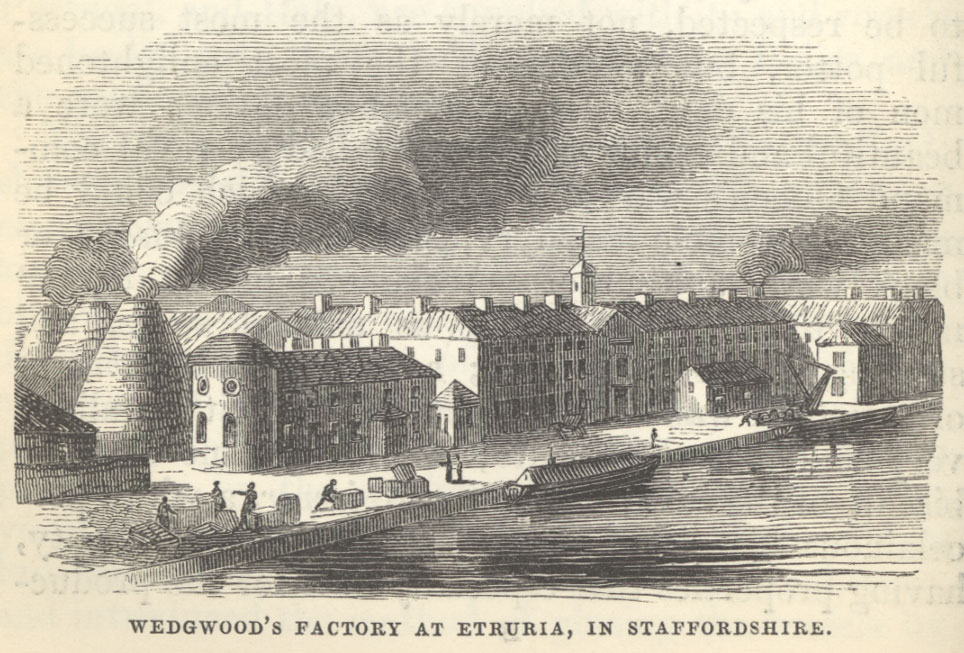 Ralph Wedgwood (1766-1837), the son of Thomas Wedgwood, cousin and business partner of Josiah Wedgwood I, was a potter and inventor. Brought up at Etruria, he made crucial contribution to the ceramics industry through his introduction of borax fluxes for glazing.

Ralph Wedgwood also invented devices for copying writings and drawings. The most influential of these, the forerunner of the once ubiquitous carbon paper method of duplication was patented in 1806. Josiah Wedgwood II provided a loan of £200 to produce the invention and its success can be measured by Thomas’s estimate that in the first seven years it had made £10,000 in profits. He also had a project for writing at different distant places by one act at nearly the same instant that suggests he had in mind some form of telegraphy.

In 1824 he successfully defended his daughter against a charge of theft. A drawing “book” of his invention with transparent leaves, which were duplicated by the carbonised paper, was employed to demonstrate the falsity of evidence given against her. Ralph was a poor businessman and, in the long run, received scant remuneration or recognition for any of his inventions some of which were successfully developed by others.

Download PDF of article
Sources and Further Reading Wedgwood Archive Keele University- E27 19396-19506
Most read
Chronology of principal events that occurred during the Industrial Revolution in the West Midlands. Significant places in the historic counties of Derbyshire, Herefordshire, Shropshire, Staffordshire, Worcestershire and Warwickshire during the Industrial Revolution. Industrialists, engineers, artists, thinkers and writers who contributed to the Industrial Enlightenment, technology, art, culture, religion and politics. Explorations of industries and innovations; landscapes and localities; art and architecture; culture and diversity; and the place of the West Midlands in the contemporary world.
Revolutionary Players was developed between 2002 and 2004 and financed by the New Opportunities Fund. Revolutionary Players was created by Dr Malcolm Dick & Dr Kate Iles and managed by Birmingham Museums until 2015. Revolutionary Players is now published and funded by History West Midlands.