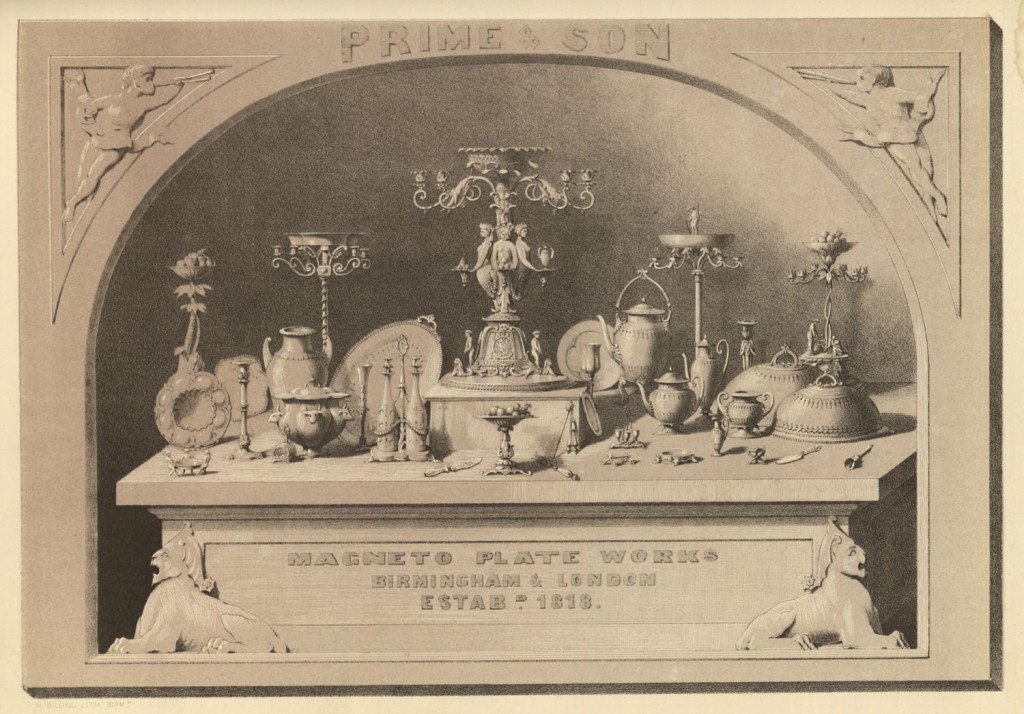 It would be difficult to find in the history of manufactures an instance of more rapid progression than that afforded by elecro-plating. Twenty years have not elapsed since the application of the process to useful purposes, yet there is now scarcely a family of any pretension which does not possess numerous articles of utility or ornament coated with or formed of the precious metals by means of electro deposition. From the commonest requisites of the table to the choicest decorations of the drawing-room or boudoir; the aid of this process has been found invaluable. Like all the great discoveries of science it is remarkable for the infinite variety of its modes of application and for its wonderful capacity of ministering alike to the ordinary wants and the highest refinements of society. It furnishes us at a moderate price with useful articles, unattainable under previous conditions, save by the wealthier classes alone; and it also supplies us with accurate copies of the most difficult, the rarest and the most exquisite performances of ancient and modern masters in the art of metal working, as well as with reproductions of the most fragile and delicate natural objects. Antique coins, armour, jewels and vases, however perfect or however mutilated are copied by it with literal fidelity in their various stages of decay or preservation, with every shade and nicety of form and colour and expression. By its agency the modern artist, more fortunate that his ancient predecessor, may from a single model cause his noblest works to be dispersed over the whole world; realizing in each separate copy the force, tenderness and character his patient labour had imparted to the original. By it, the metal worker may cover with a film of gold or silver, light as gossamer, a design wrought in an inferior substance; or from a model, worked in an otherwise worthless material, may deposit a solid crust of precious metal and thus confer upon his work an intrinsic as well as aesthetic value. Those who recollect the Exhibition of 1851, or who have since enjoyed the advantage of inspecting the magnificent showrooms of Messrs. Elkington, Mason and Co, will readily estimate the immense variety of purposes for which electro-plating may be employed and will also recognise in tracing the developments of the art, the invaluable benefits which flow from the union of scientific knowledge with manipulative skill.