Home·Browse·Preface of Views in Shropshire 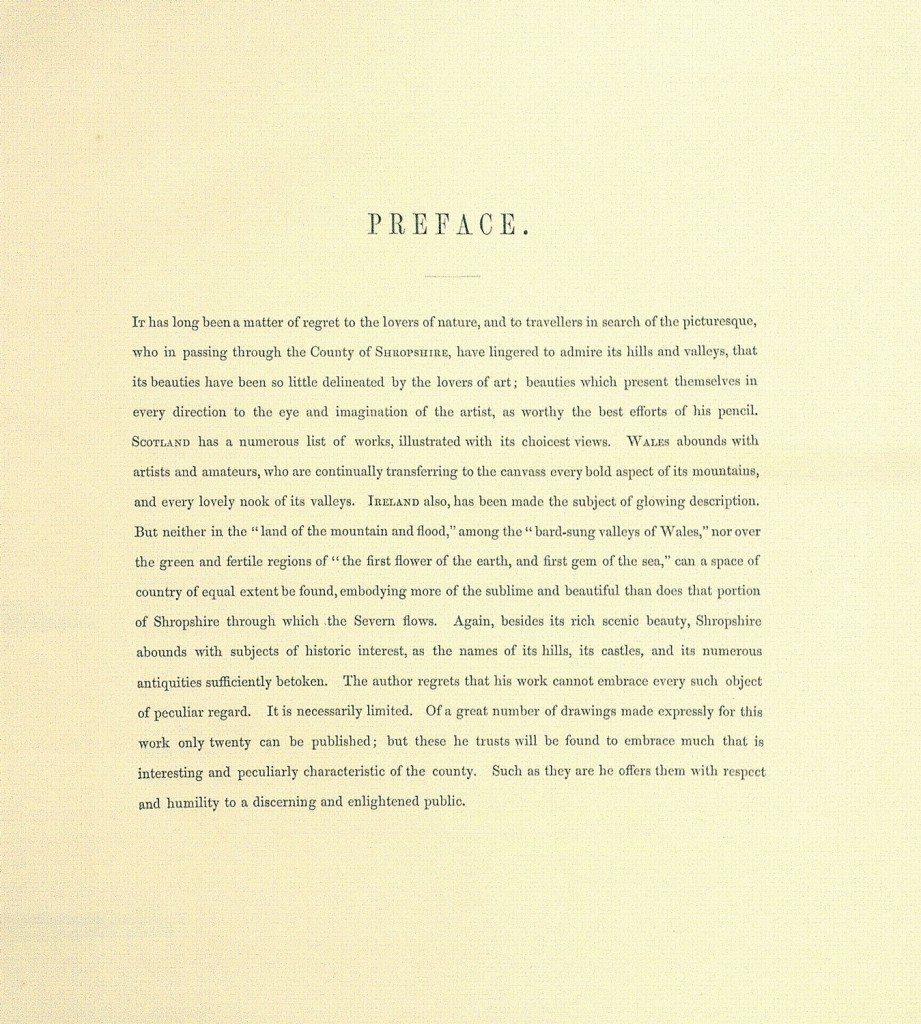 Preface of Views in Shropshire

It has long been a matter of regret to the lovers of nature and to travellers in search of the picturesque, who in passing through the County of SHROPSHIRE, have lingered to admire its hills and valleys, that its beauties have been so little delineated by the lovers of art; beauties which present themselves in every direction to the eye and imagination of the artist, as worthy the best efforts of his pencil. SCOTLAND has a numerous list of works, illustrated with its choicest views. WALES abounds with artists and amateurs who are continually transferring to the canvas every bold aspect of its mountains, and every nook of its valleys. IRELAND also, has been made the subject of glowing description but neither in the “land of the mountain and flood,” among the “bard-sung valleys of Wales,” nor over the green fertile regions of “the first flower of the earth and first gem of the sea,” can a space of country of equal extent be found, embodying more of the sublime and beautiful than does that portion of Shropshire through which the Severn flows. Again, besides its rich scenic beauty, Shropshire abounds with subjects of historic interest, as the names of its hills, its castles and its numerous antiquities sufficiently betoken. The author regrets that his work cannot embrace every such object of peculiar regard. It is necessarily limited. Of a great number of drawings made expressly for the work only twenty can be published; but these he trusts will be found to embrace much that is interesting and peculiarly characteristic of the county. Such as they are he offers them with respect and humility to a discerning and enlightened public.