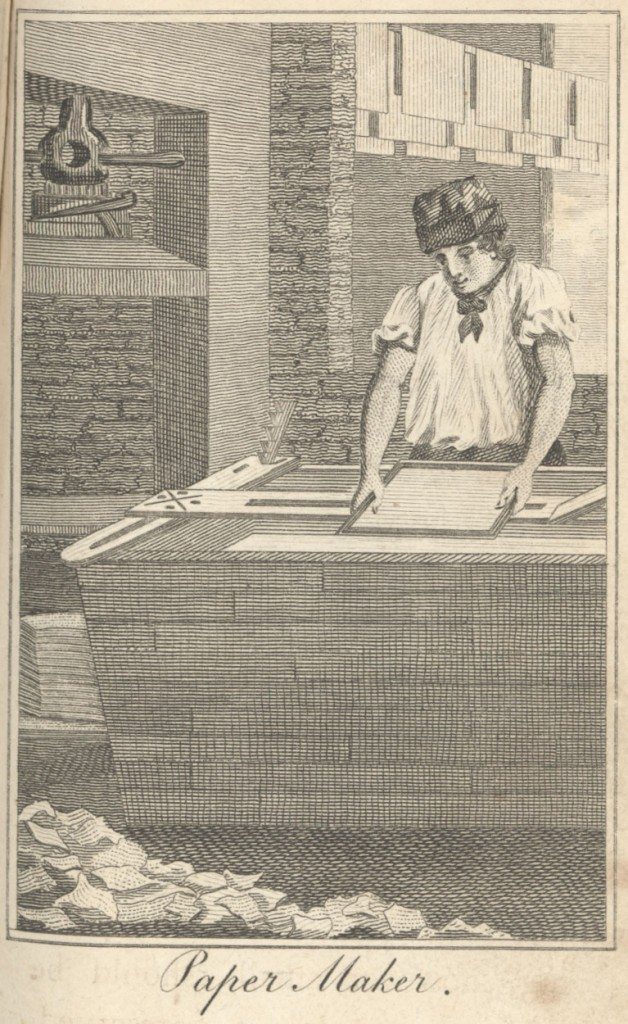 Robert Bage (1730-1801) was a friend of Erasmus Darwin, John Whitehurst and William Hutton and a papermaker at Elford, near Lichfield in Staffordshire. He also entered a partnership with Erasmus Darwin and Samuel Garbett to produce iron at nearby Wychnor and he supplied paper to printing businesses in Birmingham. Bage’s main claim to importance was as a novelist, publishing six books between 1782 and 1796 which explore themes of upbringing, liberty and women’s rights at a time when the ideas of Jean Jacques Rousseau, Tom Paine, William Godwin and Mary Wollstonecraft were penetrating English minds. Bage’s career as a popular novelist coincided with the American and French Revolutions. It ended during a counter-revolutionary reaction after 1791. The excesses of the French Terror and the start of a war with France which lasted, with intermittent moments of peace from 1793 to 1815, meant that Bage’s advocacy of liberty became politically dangerous. His novels declined in popularity. John Goss’s exploration of Bage’s novels draws attention to their themes and content and sets his literary achievements in context.

There is no known image of Robert Bage. The images that are used to illustrate this exhibition relate to those trades with which Bage was associated indirectly or directly (papermaking, iron working, trading and printing) or occupations which appear in his novels.

People: Bage, Robert
Image creators: Papermaker, The Book of Trades or Library of Useful Arts, Part III, third edition (London Tabart and Co, 1806). Robert Bage was a manufacturer of paper in the Midlands. Never a successful businessman, his importance lies in his contribution to the English novel.
Image courtesy of: Science, Technology and Management, Birmingham Central Library 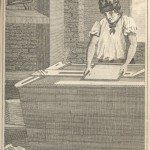 ‘Practical Utopias’: the Writings of Robert Bage Sources and Further Reading There is very little published material on Bage. There are brief references to his life and achievements in various books but only one published study of his activity as an author (see footnotes). As well as reading his six novels, insights into his life and work can be obtained at various archives and record offices in the Midlands. John Goss is completing a biography of Robert Bage.
Most read
Chronology of principal events that occurred during the Industrial Revolution in the West Midlands. Significant places in the historic counties of Derbyshire, Herefordshire, Shropshire, Staffordshire, Worcestershire and Warwickshire during the Industrial Revolution. Industrialists, engineers, artists, thinkers and writers who contributed to the Industrial Enlightenment, technology, art, culture, religion and politics. Explorations of industries and innovations; landscapes and localities; art and architecture; culture and diversity; and the place of the West Midlands in the contemporary world.
Revolutionary Players was developed between 2002 and 2004 and financed by the New Opportunities Fund. Revolutionary Players was created by Dr Malcolm Dick & Dr Kate Iles and managed by Birmingham Museums until 2015. Revolutionary Players is now published and funded by History West Midlands.