Home·Browse·Practical Thoughts on Amputations: 4. Of the Amputation of Different Parts of the Extremities and Diseased Tumors 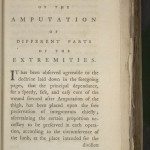 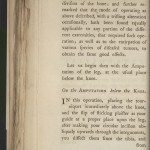 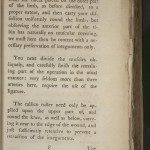 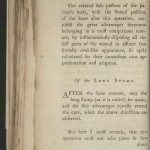 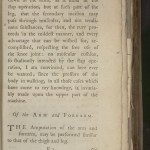 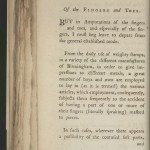 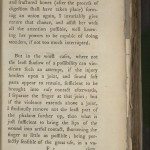 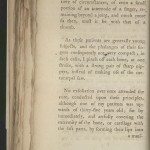 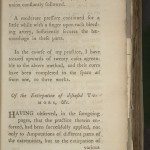 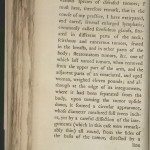 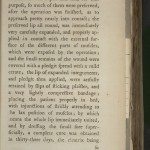 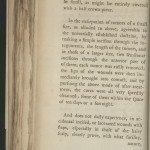 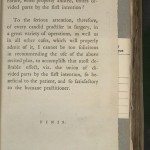 Practical Thoughts on Amputations: 4. Of the Amputation of Different Parts of the Extremities and Diseased Tumors

OF THE AMPUTATION OF DIFFERENT PARTS OF THE EXTREMITIES

It has been observed agreeable to the doctrine laid down in the foregoing pages, that the principal dependance for a speedy, safe, and easy cure of the wound formed after Amputation of the thigh, has been placed upon the free preservation of integuments chiefly; ascertaining the certain proportion necessary to be preserved in each operation, according to the circumference of the limb, at the place intended for the division

division of the bone; and further remarked that the mode of operating as above described, with a trifling alteration occasionally, hath been found equally applicable to any portion of the different extremities, that required such operation; as well as to the extirpation of various species of diseased tumors, to obtain the same good effects.

Let us begin then with the Amputation of the leg, at the usual place below the knee.

On the AMPUTATION below the KNEE.

IN this operation, placing the tourniquet immediately above the knee and the slip of sticking plaister as your guide at a proper place upon the leg, after making your circular incision obliquely upwards through the integuments, you dissect them from the tibia, and

from the fascia placed on the outer part of the limb, as before directed, to a proper extent, and then carry your dissection uniformly round the limb; but observing the anterior part of the tibia has naturally no muscular covering, we must here then be content with a necessary preservation of integuments only.

You next divide the muscles obliquely, and carefully finish the remaining part of the operation in the usual manner: very seldom more than three arteries here, require the use of the ligature.

The calico roller need only be applied upon the upper part of, and round the knee, as well as below, carrying it near to the edge of the wound, and just sufficiently retentive to prevent a retraction of the integuments.

The relaxed side posture of the patient’s body, with the flexed position of the knee after this operation, manifest the great advantages thereunto belonging in a most conspicuous manner, by instantaneously disposing all the soft parts of the wound to assume that friendly oval-like appearance, so aptly calculated for their immediate nice approximation and adaption.

Of the LONG STUMP.

After the same manner, may the long stump (as it is called) be made, and the like advantages equally attend the cure, when the above directions are observed.

But here I must remark, that this operation must not take place so low

down in the limb, as is usual in the flap operation, but at such part of the leg, that the secondary incision may pass through muscular, and not tendinous substances, for then, the cure proceeds in the mildest manner, and every advantage that can be wished for, accomplished, respecting the free use of the knee joint: no muscular cushion, so studiously intended by the flap operation, I am convinced, can here ever be wanted; since the pressure of the body in walking, in all those cases which have come to my knowledge, is invariably made upon the upper part of the machine.

Of the ARM and FOREARM

THE Amputation of the arm and forearm, may be performed similar to that of the thigh and leg.

Of the FINGERS and TOES

BUT in Amputations of the fingers and toes, and especially of the fingers, I must beg leave to depart from the general established mode.

From the daily use of weighty stamps, in a variety of the different manufactures of Birmingham, in order to give impressions to different metals, a great number of boys and men are employed to lay in (as it is termed) the various articles, which employment, consequently, subjects them frequently to the accident of having a part of one or more of their fingers (literally speaking) mashed to pieces.

In such cases, wherever there appears a possibility of the contused soft parts,

and fractured bones (after the process of digestion shall have taken place) forming a union again, I invariably give nature that chance, and assist her with all the attention possible, well knowing her powers to be capable of doing wonders, if not too much interrupted.

But in the worst cases, where not the least shadow of a possibility can vindicate such an attempt, if the injury borders upon a joint; and sound soft parts appear to remain, sufficient to be brought into easy contact afterwards, I separate the finger at that joint; but if the violence extends above a joint, I studiously remove not the least part of the phalanx further up, than what is just sufficient to bring the lips of the wound into artful contact, shortening the finger as little as possible; being perfectly sensible of the great use, in a variety

of circumstances, of even a small portion of an internode of a finger, remaining beyond a joint, and much more so then, must it be with that of a thumb.

As these patients are generally young subjects, and the phalanges of their fingers consequently not very compact; in such cases, I pinch of each bone, at one stroke, with a strong pair of sharp nippers, instead of making use of the metacarpal saw.

No exfoliation ever once attended the cure, conducted upon these principles, although one of my patients was upwards of thirty-five years old; for by immediately, and artfully covering the extremity of the bone, or cartilage with the soft parts, by forming their lips into

A moderate pressure continued for a little while with a finger upon each bleeding artery, sufficiently secures the haemorrhage in these parts.

In the course of my practice, I have treated upwards of twenty cases agreeable to the above method, and their cures have been completed in the space of from one, to three weeks.

Of the Extirpation of diseased TUMORS, &c.

HAVING observed, in the foregoing pages, that the practice therein enforced, has been successfully applied, not only to Amputations of different parts of the extremities, but to the extirpation of

Of the Extirpation of

various species of diseased tumors; I must here, therefore remark, that in the course of my practice, I have extirpated, and cured several enlarged lymphatic commonly called scrofulous glands, situated in different parts of the neck; scirrhous and cancerous tumors, seated in the breasts, and in other parts of the body; steatomatous tumors, &c. one of which last named tumors, when removed from the upper part of the arm, and the adjacent parts of an emaciated, and aged woman, weighed eleven pounds; and although at the edge of its integuments, where it had been separated from the body, upon turning the tumor upside down, it formed a circular appearance whose diameter measured full seven inches, yet by a careful dissection of the integuments (which in this case were remarkably thin) all round, from the sides of the basis of the tumor, directed by a

line drawn with a pen and ink, for that purpose, so much of them were preserved, after the operation was finished, as to approach pretty nearly into contact; the preserved lip all round, was immediately very carefully expanded, and properly applied in contact with the external surface of the different parts of muscles, which were exposed by the operation; and the small remains of the wound were covered with a pledgit spread with a mild cerate; the lip of expanded integuments, and pledgit thus applied, were artfully retained by slips of sticking plaister, and a very lightly compressive bandage; placing the patient properly in bed, with injunctions of strictly attending to the lax position of muscles; by which means the whole lip immediately united, and by dressing the small sore superficially, a complete cure was obtained in thirty-three days, the cicatrix being

Of the Extirpation of

so small, as might be entirely covered with a half crown piece.

In the extirpation of tumors of a small size, as alluded to above, agreeable to the universally established doctrine, by making a small incision through the integuments, the length of the tumors, and in those of a larger size, two semilunar incisions through the anterior part of them, each tumor was easily removed; the lips of the wounds were then immediately brought into contact, and by pursuing the above mode of after-treatment, the cures were all very speedily obtained; some of them within the space of ten days or a fortnight.

And does not daily experience, in accidentally incised or lacerated wounds with flaps, especially in those of the hairy scalp, clearly prove, with what facility,

To the serious attention, therefore, of every candid practiser in surgery, in a great variety of operations, as well as in all other cases, which will properly admit of it, I cannot be too solicitous in recommending the use of the above recited plan, to accomplish that most desirable effect, viz. the union of divided parts by the first intention, so beneficial to the patient, and so satisfactory to the human practitioner.