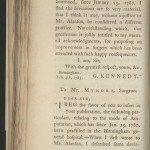 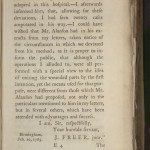 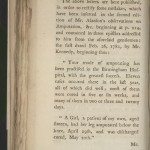 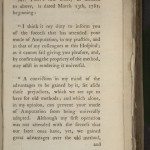 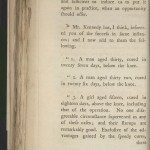 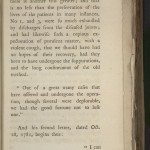 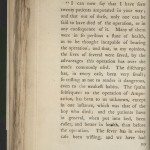 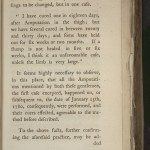 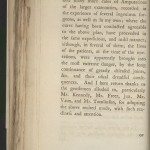 DEAR SIR
“I BEG the favor of you to insert in your publication, the following particulars, relating to the mode of Amputation, which has since Jan. 25, 1780, been practised in the Birmingham general hospital. – When I first wrote to Mr. Alanson, I described some deviations

from his practice, that had been adopted in this hospital. – I afterwards informed him, that, allowing for these deviations I had seen twenty cases amputated in this way. – I could have wished that Mr. Alanson had in his extracts from my letters, taken notice of the circumstances in which we deviated from his method; as it is proper to inform the public, that although the operations I alluded to, were all performed with a special view to the idea of uniting the wounded parts by the first intention, yet the means used for that purpose, were different from those which Mr. Alanson had proposed, not only in the particulars mentioned to him in my letters, but in several others, which have been attended with advantages and success.

I am, Sir, respectfully

The above letters are here published, in order to rectify some mistakes, which have been inserted in the second edition of Mr. Alanson’s observations on Amputation, &c. beginning at p. 214, and contained in three epistles addressed to him from the aforesaid gentlemen: the first dated Feb. 26, 1781, by Mr. Kennedy, beginning thus:

“Your mode of amputating has been practised in the Birmingham Hospital, with the greatest success. Eleven cases occured there in the last year, all of them did well; most of them were cured in five or six weeks, and many of them in two or three and twenty days.

“A Girl, a patient of my own, aged sixteen, had her leg amputated below the knee, April 29th, and was discharged cured, May 20th.”

“I think it is my duty to inform you of the success that has attended your mode of Amputation, in my practice, and in that of my colleagues at this Hospital; as it cannot fail giving you pleasure, and, by confirming the propriety of the method, may assist in rendering it universal.

A conviction in my mind of the advantages to be gained by it, set aside those prejudices, which we are apt to have for old methods; and which alone, in my opinion, can prevent your mode of Amputation from being universally adopted. Although my first operation was not attended with the success that our later ones have, yet, we gained great advantages over the old method,

and sufficient to induce us to put it again in practice, when an opportunity should offer.

“Mr. Kennedy has, I think, informed you of the success in some instances; and I now add to them the following.

“1. A man aged thirty, cured in twenty seven days, below the knee.

“2. A man aged thirty two, cured in twenty six days, below the knee

“3. A girl aged fifteen, cured in eighteen days, above the knee, including that of the operation. No one disagreeable circumstance supervened in any of these cases; and their stumps are remarkably good. Exclusive of the advantages gained by the speedy cures,

there is another still greater; and that is no less than the preservation of the lives of the patients in many instances. No 1, and 3, were so much exhausted by discharges from the diseased joints; and had likewise such a copious expectoration of purulent matter, with a violent cough, that we should have had no hopes of their recovery, had they been to have undergone the suppurations and the long confinement of the old method.

“Out of a great many cases that have offered and undergone the operation, though several were deplorable, we had the good fortune not to lose one.”

“I can now say that I have seen twenty patients amputated in your way; and that out of these, only one can be said to have died of the operation, or in any consequence of it. Many of them were in so perilous a state of health, as to be thought incapable of bearing the operation; and that, in my opinion, the lives of the several were saved, by the advantages this operation has over the mode commonly used. The discharge has, in every case, been very small; so trifling as not to render it dangerous, even to the weakest habits. The spasm subsequent to the operation of Amputation, has been to us unknown, except in one instance, which was that of the boy who died: and the patients have in general, when put to bed, been easier, and better in health, than before the operation. The fever has in every case been trifling, and we have had

no haemorrhage that required the dressings to be changed, but in one case.

“I have cured one in eighteen days, after Amputation in the thigh; but we have several cured in between twenty and thirty days; and some have held out for six weeks or two months. If a stump is not healed in five or six weeks, I think it an unfavourable case, unless the limb is very large.”

It seems highly necessary to observe, in this place, that all the Amputations mentioned by both these gentlemen, the first case excepted, happened on, or subsequent to, the date of January 25th, 1780, consequently, were performed, and their cures effected, agreeable to the method before described.

To the above facts, further confirming the aforesaid practice, may be added

many more cases of Amputations of the larger extremities, recorded in the experience of several ingenious surgeons, as well as in my own; where the cures having been conducted agreeable to the above plan, have proceeded in the same expeditious, and mild manner; although, in several of them, the lives of the patients, at the time of the operations, were apparently brought into the most extreme danger, by the long continuance of greatly diseased joints, &c. and their usual dreadful consequences. And here I return thanks to the gentlemen alluded to, particularly Mr. Kennedy, Mr. Freer, jun. Mr, Vaux, and Mr. Tomlinson, for adopting the above recited mode, with such readiness and attention.