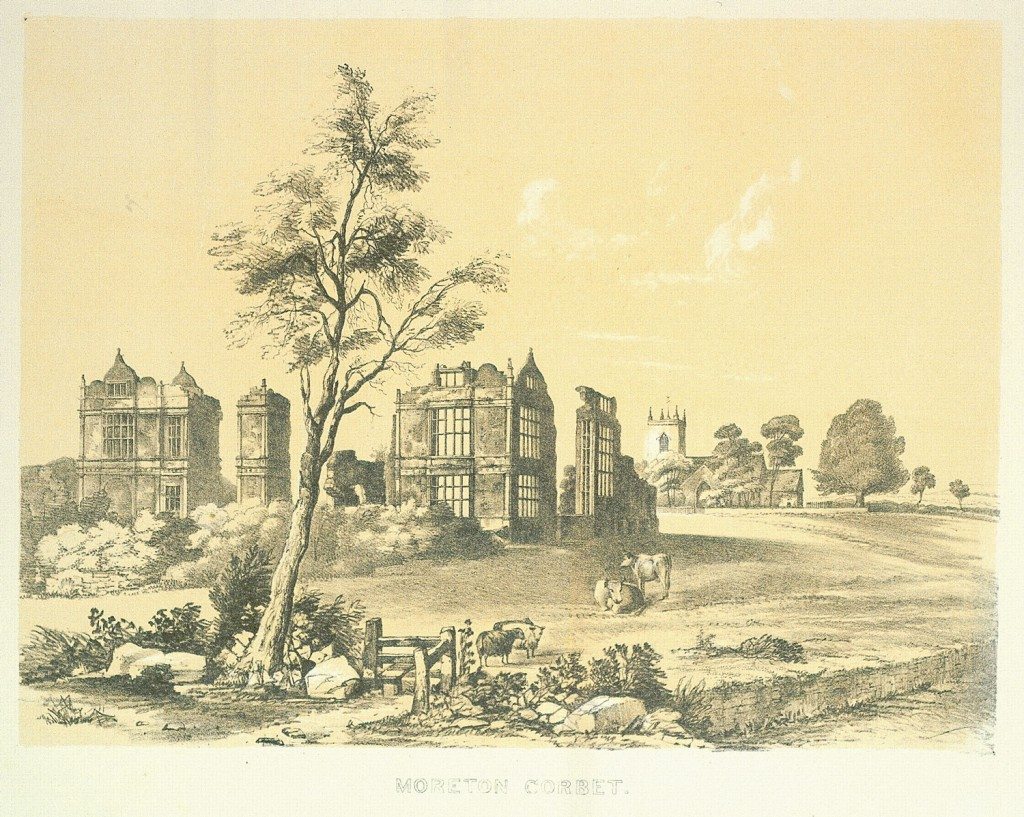 MORETON CORBET, on account of its castle, has always been deemed worthy a name amongst the remarkable places in the county of Shropshire. The village has few inhabitants, and the district is entirely agricultural: but even this lone place has been the scene of dispute, between rival religious and political parties, and the ruin which forms the subject of the accompanying drawing, serves to perpetuate the memory of those civil contentions, which, two centuries since, deluged our country with blood, and shook, to its foundations, the established government of the land. Peace has returned to us, but many of the noblest specimens of the genius of those times were crushed to rise no more, and others remain but as faint emblems of what they once were.

Moreton Corbet Castle was built by the CORBETS, whose property it is now, but before its completion it was seized by the Cromwellian party, and occupied as a garrison of theirs; afterwards it passed into the hands of the royalists, and, it is said, was ultimately burnt by the Cromwellians. Some portions of the building as shewn in the drawing, are in a tolerable state of preservation, and serve as a scale by which we may judge of the extent and magnificence of the whole; but little else than the foundation remains of much of it, and perhaps not that of all.

The church is a very picturesque object, and contains some curious monuments of antiquity: it is surrounded by trees and shrubs, and the entrance to the churchyard is through a beautiful shrubbery.

Near Moreton Corbet is Acton Reynold hall, an ancient mansion, the property of SIR ANDREW CORBET, Bart; and Prees hall, the birth-place of several of the noble and heroic family of the HILLS; also the romantic village of Grinshill.