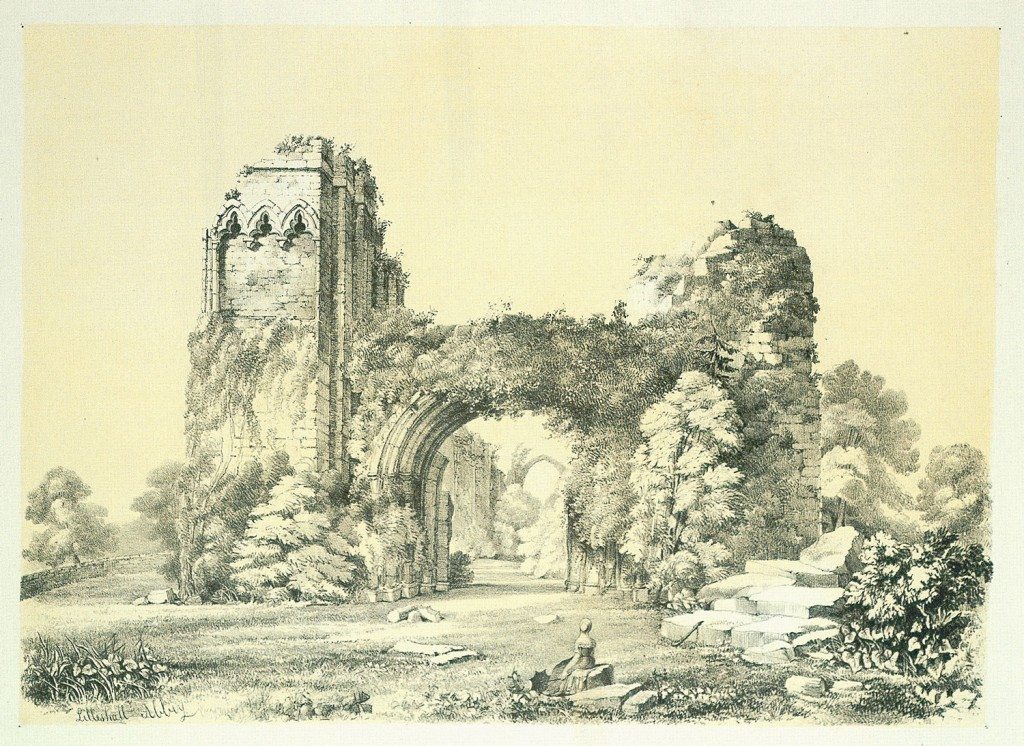 THIS venerable ruin now forming so picturesque an object in the fertile and beautiful neighbourhood of Newport, and adorning the estate on which it stands, is fast falling beneath the mouldering hand of time, and becoming “the ivy’s food at last;” yet the hand of taste guards it as far as possible from dilapidation. Surrounded by a wall, its area preserved from injurious intrusion, it is the prey of time alone; but this with its storms of wind and rain, with its dews and frosts, work desolation in man’s stateliest works. The grey walls seem to preach to the passer by with a mournful emphasis, that “man is mortal.” What is known of the history of this abbey may be given in few words. The LILLESHAL estate prior to the reign of STEPHEN belonged to the church of St. Alkmunds, Shrewbury; in STEPHEN’S reign RICHARD DE BEAUMEYS, then dean of that church, with the consent of the king and the pope, transferred this right to canons regular of the order of St. Augustine, who built the abbey “to the honour of the blessed Virgin.” It was afterwards enriched by pious benefactors; its revenues however were not so great but that the abbots sometimes complained of their insufficiency for the entertainment of passing strangers. At the dissolution it was granted by HENRY the EIGHTH to an ancestor of the DUKE of SUTHERLAND, its present proprietor; when the stalls of the choir were removed to the collegiate church Wolverhampton, where they in part remain.

The drawing chosen for this illustration represents the western doorway of the church, a portion of in the interior, and the eastern window. The walls of the church are mostly standing, but entirely stripped of their ornaments and architectural character. The doorways are some of the finest specimens of early Norman arches, the moulding of which are still wonderfully perfect. The eastern window is of the pointed Gothic style of the fourteenth century. Several detached portions of the abbey remain; the refectory is now a dwelling house. Not far from the abbey, on an eminence, is an elegant mansion, the property and occasional residence of his grace the DUKE of SUTHERLAND.