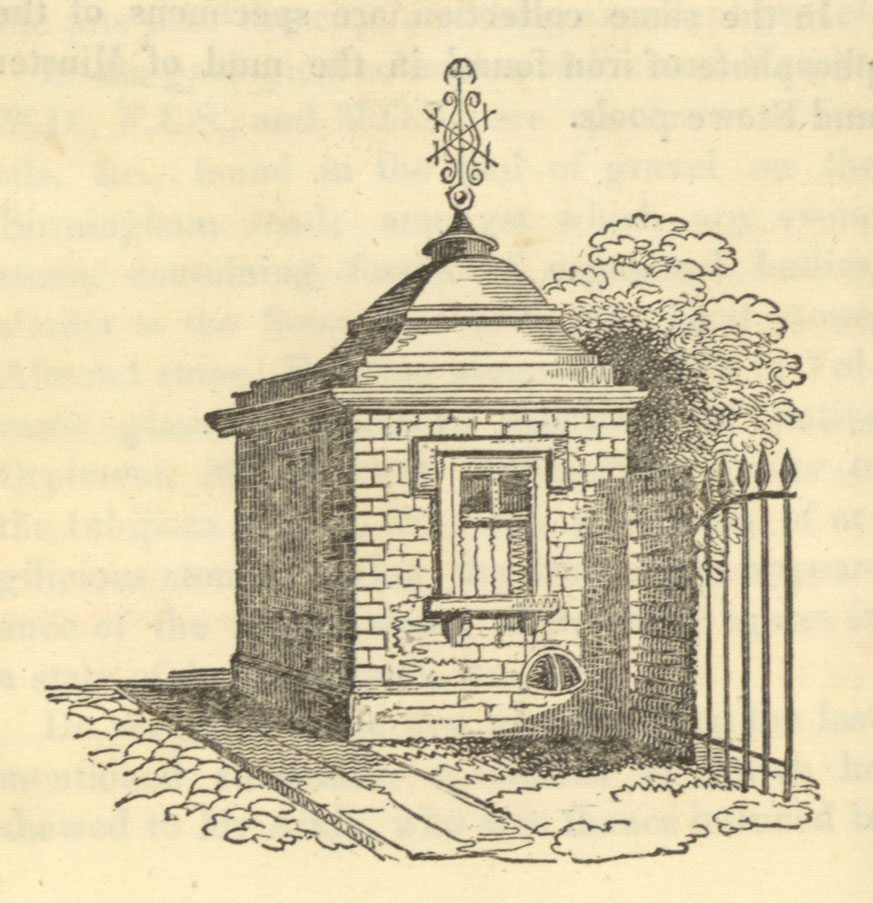 The Crucifix Conduit built by the Conduit Lands Trust. The Trust was founded in 1546 and contributed significantly to the reconstruction of Lichfield after the Civil War. As a result of income from land, the trust was able to channel supplies of fresh water into the city and provide money for other public enterprises. The Crucifix Conduit was situated close to the Friary.

Image: T G Lomax, A Short Account of the Ancient and Modern State of the City and Close of Lichfield (Lichfield, T G Lomax, 1819),