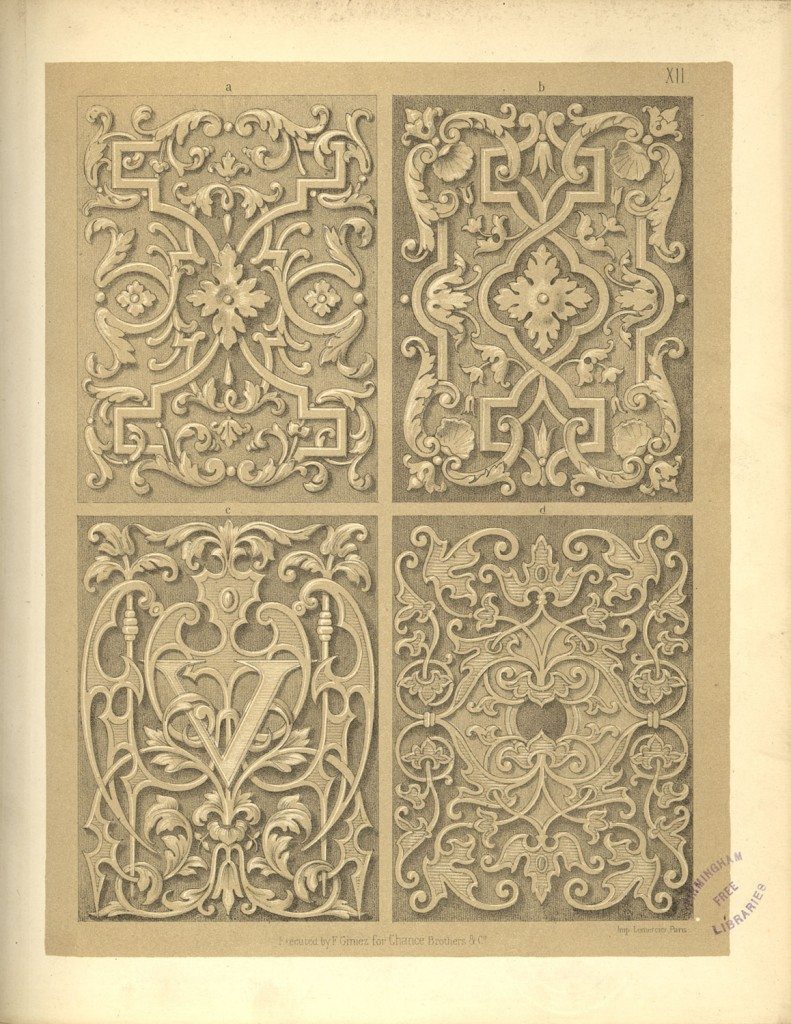 Robert Lucas Chance purchased the British Crown-Glass Company in Smethwick, near Birmingham in 1824. He created the nucleus of Chance Brothers and Co., in Spon Lane, one of the most important producers of glass in Britain. The British Crown-Glass Company produced blown window glass, but in 1832 Chance Brothers introduced sheet-glass manufacture into Britain. They were assisted by Georges Bontemps, a French inventor and Director of a glassworks at Choisy-le-Roi. He had pioneered sheet-glass production at his works and once contracted by Chances, he secured French and Belgian workers to create this merchandise in Smethwick. Within a few years, Chance’s sheet-glass became the best quality sheet glass manufactured anywhere in the world. Not surprisingly it was used in glazing the Crystal Palace, home of Britain’s Great Exhibition in 1851.

Chance Brothers also manufactured coloured glass from the 1830s. Bontemps was also an expert in window painting and manufacturing decorative glass and the company engaged him to supervise their Coloured and Ornamental Departments in 1848 at the huge salary of £500 per year, after he had left France as a refugee during the Revolution of that year. Bontemps applied various techniques in the creation of coloured window glass including enamelling, acid engraving, printing and lithography, which he described in his book the Guide du Verrier. During the early 1850s he toured Europe enquiring into methods of making coloured glass. In Paris he saw Messrs Gimiez of Paris about the preparation of a book of designs for use by Chance’s customers. This proposal became the book of chromolithograph designs produced by F Gimiez, for Chance Brothers. This collection of remarkable images included designs for public buildings and churches and is displayed in this exhibition.

Download PDF of article
Sources and Further Reading Chance Brothers & Co., Designs for Coloured Ornamental Windows from the Glass Works of Chance Bothers & Co near Birmingham, 1853. Chance Brothers & Co., Limited, 100 Years of British Glass Making 1824-1924 (Smethwick and Glasgow, Chance Brothers & Co., 1924) Chance, James Frederick, A History of the Firm of Chance Brothers and Co. (London, Spotiswoode, Ballantyne and Co Ltd, 1919)
Most read
Chronology of principal events that occurred during the Industrial Revolution in the West Midlands. Significant places in the historic counties of Derbyshire, Herefordshire, Shropshire, Staffordshire, Worcestershire and Warwickshire during the Industrial Revolution. Industrialists, engineers, artists, thinkers and writers who contributed to the Industrial Enlightenment, technology, art, culture, religion and politics. Explorations of industries and innovations; landscapes and localities; art and architecture; culture and diversity; and the place of the West Midlands in the contemporary world.
Revolutionary Players was developed between 2002 and 2004 and financed by the New Opportunities Fund. Revolutionary Players was created by Dr Malcolm Dick & Dr Kate Iles and managed by Birmingham Museums until 2015. Revolutionary Players is now published and funded by History West Midlands.