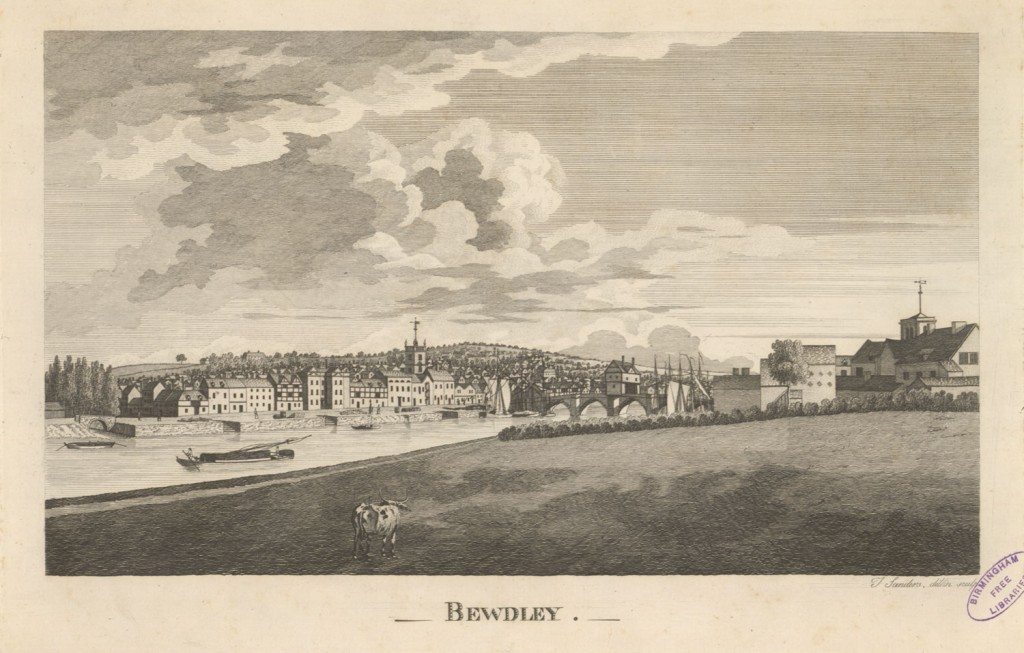 IS not a parish of itself, but a chapelry in the parish of Ribbesford, from whose church it is distant near a mile; it lies in the lower division of the hundred of Dodintree, and in the diocese of Hereford. The town is not of any great antiquity, being built since the Norman Conquest, as we may conclude from its not being mentioned in Domesday: The name is taken from the French Beau Lieu, probably therefore it was so called after that period.

The situation, indeed, is beautiful, on the side of a hill, and the charming banks of the river Severn; the environs being esteemed the most delightful part of Worcestershire: It was always famous for the healthiness of its air; on that account, Prince Henry, eldest son of James the First, resided at Tickenhill near this Town, where, and at Ludlow, the courts for the marches of Wales were held altenately. Here is a bridge over Severn, which has the appearance of great antiquity, though it did not exist in the 1313.

It sends one member to parliament, and had its ancient charter confirmed in the third year of James I. It has two fairs in the year, the first on St. George’s day, and the second on the 11th and 12th, for cattle, horses, cheese, and linen; and a weekly market on Saturday.

The trade of this town is much injured by the neighbourhood of Stourport: The chief manufacture now is, and has been for upwards of two hundred years, the knitting of sailor caps, which still employs a considerable number of persons, especially women and children. – The BEWDLEY, exclusive of its suburbs, contains 329 families, consisting of 943 males, and 989 females. Pays to the land-tax, at four shillings in the pound, 372l. 9s. 8d. Is distant from London 126 miles, from Kidderminster 3 miles, from Tenbury 15 miles, from Stourbridge 10 miles, from Dudley 15 miles, and from Worcester 15 miles.