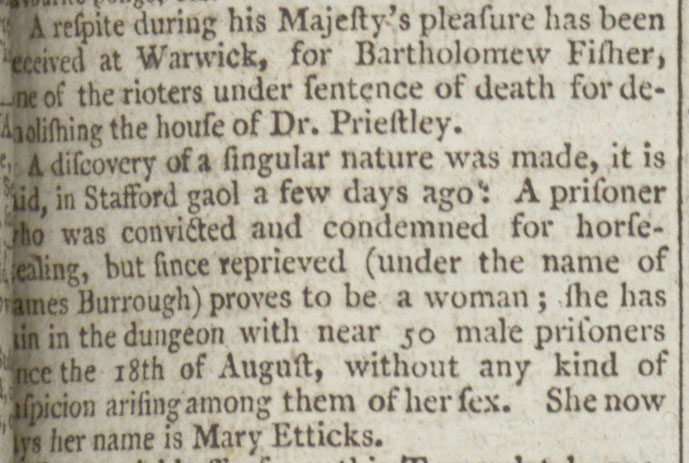 Aris’s Birmingham Gazette – Report of woman posing as a man

A respite during his Majesty’s pleasure has been received at Warwick, for Bartholomew Fisher, one of the rioters under sentence of death for demolishing the house of Dr. Priestley.

A discovery of a singular nature was made, it is said, in Stafford gaol a few days ago: A prisoner who was convicted and condemned for horse-stealing, but since reprieved (under the name of James Burrough) proves to be a woman; she has lain in the dungeon with near 50 male prisoners since the 18th of August, without any kind of suspicion arising among them of her sex. She now says her name is Mary Etticks.