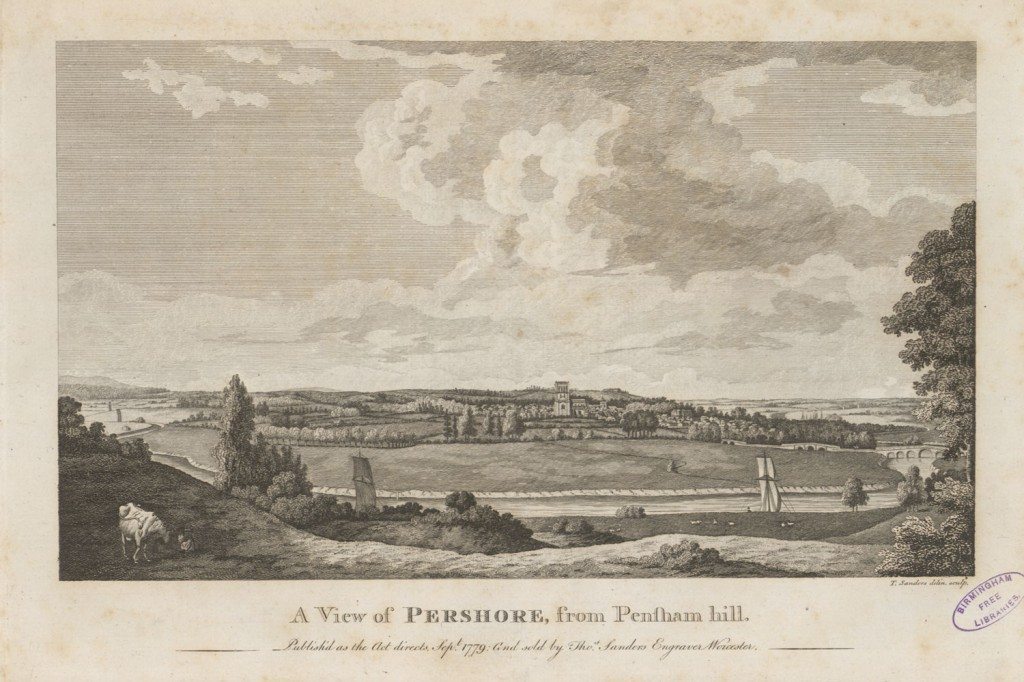 A View of Pershore, from Pensham hill

So called, as some imagine, from the Shores of the Avon, and the Pear Trees which grow plentifully in this Neighbourhood.

THE town give name to one of the hundreds of the county; is very pleasantly situated on the bank of the Avon, and consists principally of one handsome street. It is much improved and increased of late years, containing at present 377 families, and 1655 individuals. The market day is Tuesday. There are three fairs in the year; two of which are kept in the town, and one in the church-yard of Holy Cross: the first is held on Tuesday in Easter week; the second on the 26th of June; and the third on the Tuesday before All Saints.

It had once a right of sending members to parliament. In the 23d of Edw. 1st, William de Senecourt, and Henry de la Bryght, were returned. It is 102 measured miles from London, and 9 from Worcester.

Here was a famous abbey founded by Egelward, duke of Dorset, about an hundred years before the conquest. Edward, the confessor, gave half the town of Pershore to the abbot of Westminster, which probably he took from the abbey of Pershore. Henry the third, Edward the second, Henry the fifth, and many private persons were considerable benefactors; all which donations were confirmed by Henry sixth, in the 31st year of his reign.

In the year, 1287, an accidental fire reduced to ashes the abbey, and almost all the town; the former, however, soon recovered, and instead of being built with timber as before, was afterwards made of beautiful hewn stone.

The present church is part of the conventual one which belonged to monks of the order of St. Benedict; it is now from North to South about 87 feet, from East to West about 100: The church of which this is only a part, extended towards the West about 90 feet more, and had several chapels to the North and South, which are now destroyed.