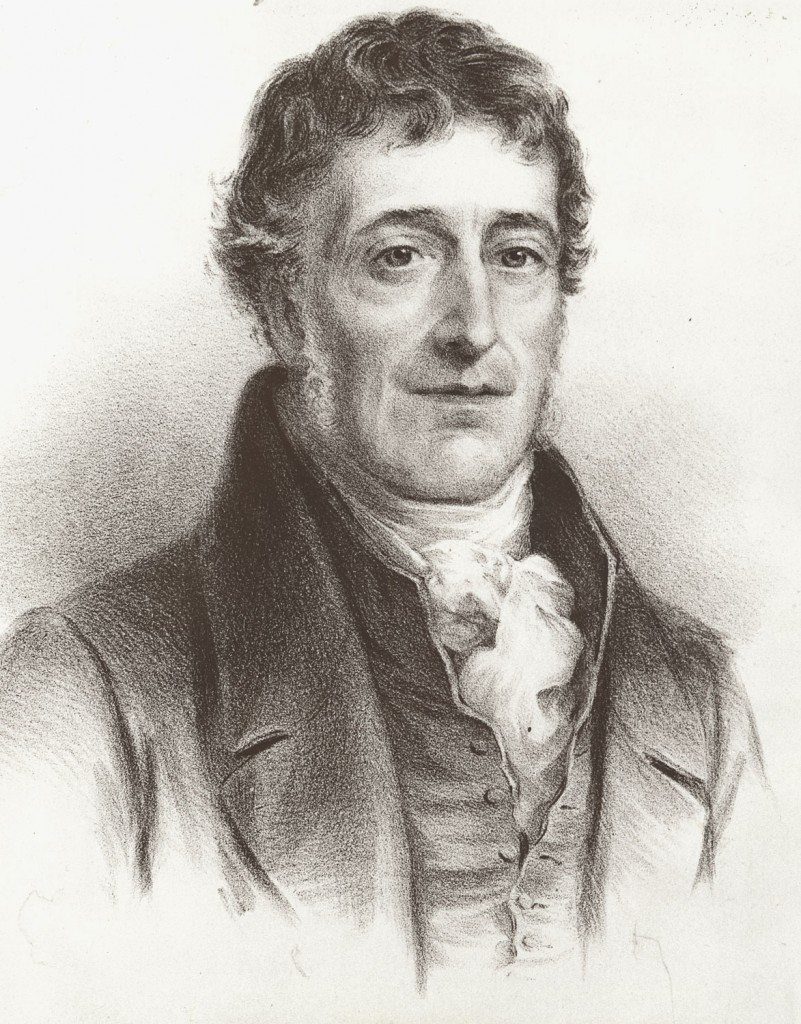 A Portrait of William Murdoch

William Murdoch (1754 -1839) was one of most creative and least known figures of the Industrial Revolution. The son of a Scottish millwright, he was born in Auchinleck, Ayrshire, on the estate of James Boswell’s father. In 1777, dreaming to work on a thrilling new steam engine, William walked three hundred miles to the Soho Manufactory. He was employed straight away, and worked for Boulton and Watt for the rest of his life.

From 1779 Murdoch lived in Redruth, Cornwall, superintending the erecting of Watt’s engines, and “flying about from mine to mine” when repairs were needed. Here he changed his name to Murdock.

He was not formally a member of the Lunar Society, but like the Lunar men he always kept himself busy with improvements and inventions. He added the D-slide valve and sun & planet gearing to Watt’s steam-engine. In 1784, his model of a steam locomotive the ‘Steam-Devil’ was tested on the roads of Cornwall. He experimented with compressed air, and later his house at Sycamore Hill, Handsworth, was fitted with pneumatic bells. But his main invention was using coal gas for lighting. Around 1792 he was able to light his cottage and offices in Redruth by gas.

From his return to Birmingham in about 1799, Murdock superintended all machinery at Soho, and continued his experiments with the storage and purifying of gas. In 1802, the façade of Soho factory was lit by gas in celebration of the Peace of Amiens. The following year, gas was used to light the interior.

In 1830, James Nasmythe (1808-1890), the inventor of the steam hammer, wrote about the “incomparable mechanic, William Murdoch, a man of indomitable energy, and Watt’s right-hand man in the highest practical sense. Murdoch…always kept himself in the background, for he was excessively modest… indeed he was a man whose memory ought to be held in the highest regard by all true engineers and mechanics.”
William Murdock died at Sycamore House and is buried in St Mary’s Church, Handsworth, beside his friends and employers Boulton and Watt.