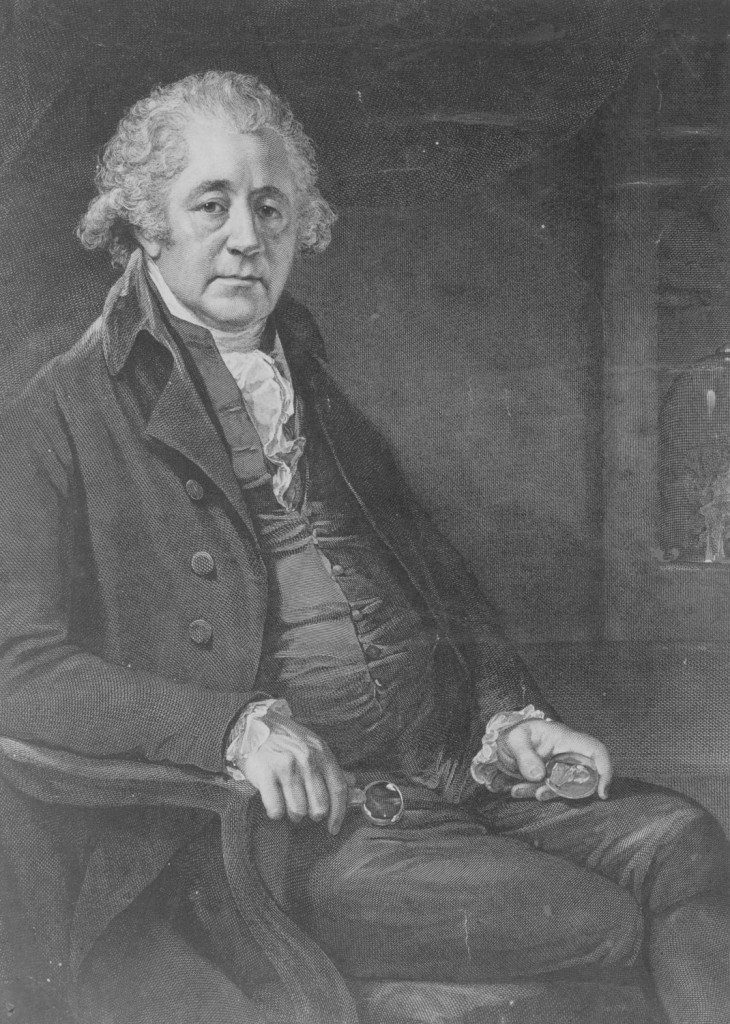 A Portrait of Matthew Boulton

Matthew Boulton was born in Birmingham in 1728, the son of a local manufacturer of “toys”: buttons and buckles. He entered his father’s business in 1745 and in 1760 married Anne Robinson of Lichfield from whom he received a considerable dowry. This money enabled him to invest heavily in developing the family business.

In 1762 he opened the Soho Works in Handsworth, which soon acquired a reputation for producing high quality metal work. In planning Soho, Boulton bypassed the traditional putting-out system where a businessman used workshops in different locations to manufacture an item. Instead he concentrated all aspects of production under one roof. There were stores, drawing and design rooms and specialised sections for aspects of manufacturing. Boulton also had an advertising and marketing section. He also employed agents to secure items from home and abroad which would help him with the process of industrial design. Soho became the largest factory in the world. In 1766, Boulton moved into Soho House, close to his factory. It became one of the main venues for meetings of the Lunar Society.

Boulton’s energy led him to extend his economic activities. For years, Boulton had agitated for an assay office so that he could have his silver and gold products stamped in Birmingham to indicate the quality of metal, instead of being sent to other towns. In 1773 Birmingham’s Assay Office was established. In 1775 Boulton and Watt entered into a partnership to build and market Watt’s steam pump. They continued to collaborate in producing Watt’s other inventions, assisted by William Murdock, one of Boulton’s engineers. After 1788 Boulton developed new coining presses and ways of making coins more difficult to counterfeit, producing the first modern coins with diagonal “reeding” along the edges. In 1795 the Soho Foundry in Smethwick was created,the first purpose-built plant to manufacture steam engines.

By the time of his death in 1809, Boulton together with the innovative individuals he had gathered around him had pioneered the British engineering industry.