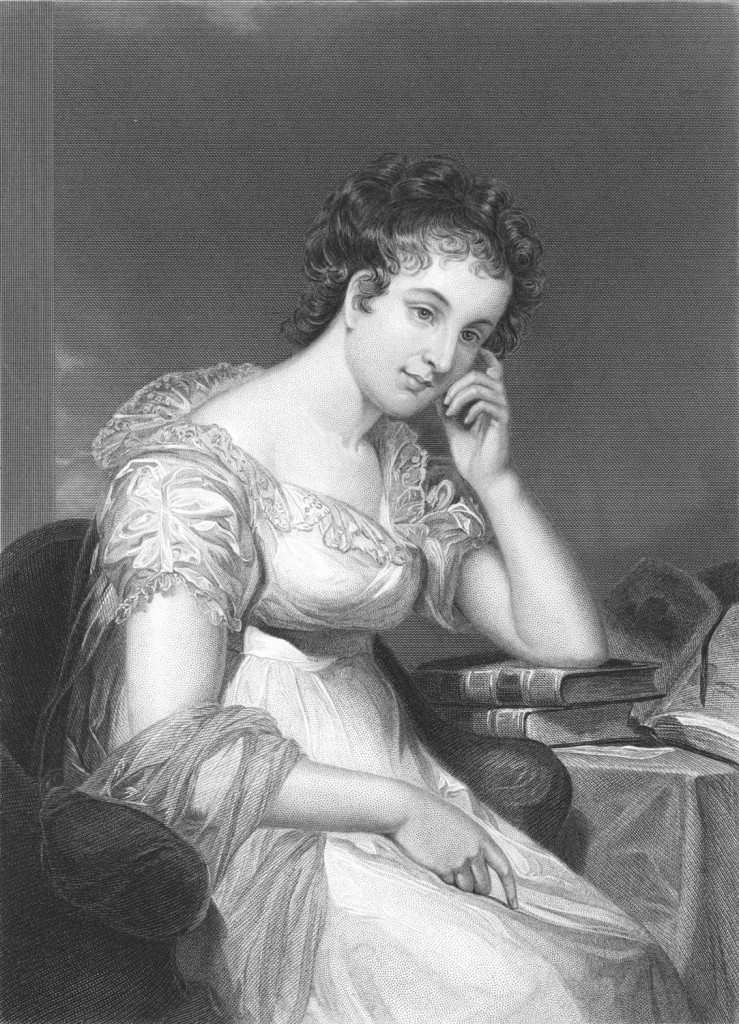 A Portrait of Maria Edgeworth

Maria Edgeworth was born in Oxford in 1767, the eldest child of Richard Lovell Edgeworth and his first wife Anna Maria Elers. In 1780 after her step-mother, Honora’s death, Maria was sent to school in London. As she was a small child, various attempts were made to encourage her growth, including hanging her by the neck. Despite this, Maria did well at school and gained a reputation amongst her friends as a storyteller. Maria spent her school holidays with her father’s friend Thomas Day, who encouraged her studies and had a great influence on her.

In 1782 Maria returned to Ireland with her father and his third wife. Edgeworth employed her as his estate manager in Ireland and she proved to be a good business woman. Maria also took over the education of her younger brother, Harry and began writing stories for her brothers and sisters. In 1795 she published Letters to Literary Ladies, a defence of female education. Subsequently, in 1798 in collaboration with her father, Maria published Practical Education. This book adapted the educational theories of Rousseau in Emile and those pursued by her father towards his elder son and Day when he raised Sabrina Sidney.

Maria’s first novel, Castle Rackrent was published in 1800. It was written anonymously and without her father’s knowledge. Only after it achieved great success did she then reveal her authorship to Edgeworth. Between 1801 and 1814 she published various novels and essays, submitting all to her father for his advice, which often included his own additions.

In 1817 when Edgeworth died, Maria completed his Memoirs on his behalf. Maria visited Scotland in 1823 and met Walter Scott, who claimed her depictions of Irish characters had influenced his depiction of the Scottish characters in Waverley. In 1826 she resumed the management of the family estates in Ireland on behalf of her brother, but she continued to write.

Maria Edgeworth died in 1849. Her broad education, the extent of her social contacts and knowledge of English and Irish society gave her writings a depth of understanding of manners, class, gender and race.