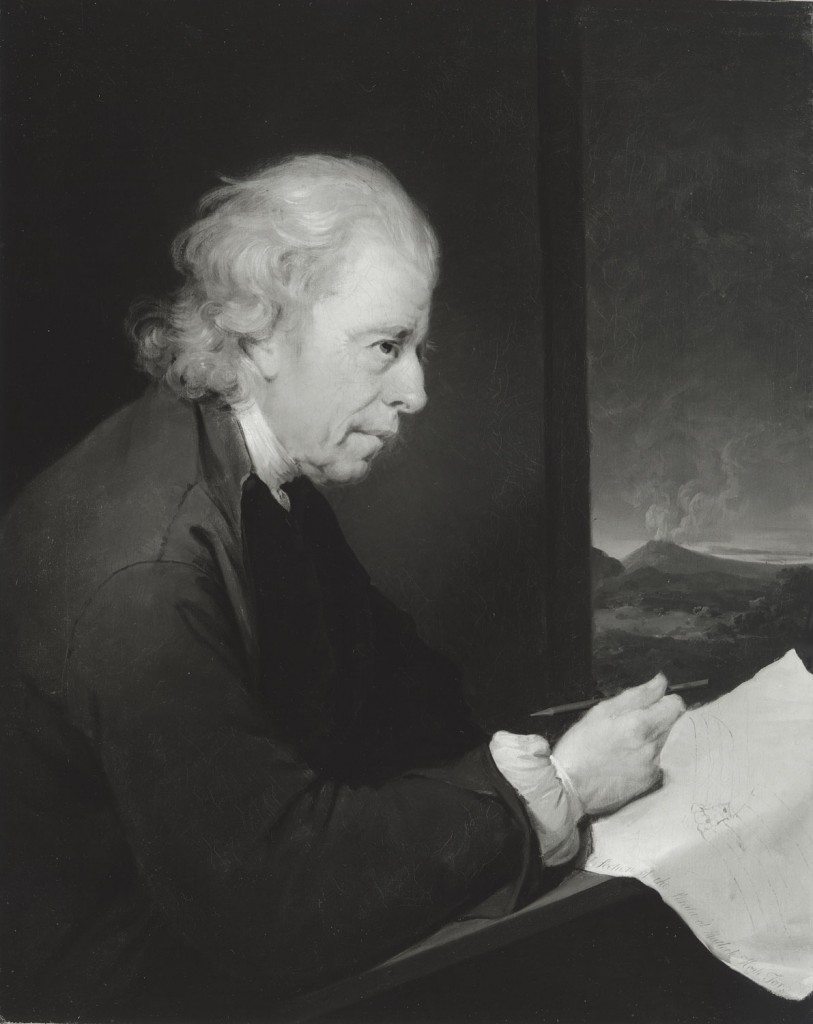 A Portrait of John Whitehurst

John Whitehurst was born in Congleton, Cheshire in 1713, the son of a watch and clockmaker. He was apprenticed to his father who also took him for walks in the Peak District, encouraging his interest in geology.

In about 1736 he set up a clockmaking business in Derby and constructed a turret clock for the town’s Guildhall. The corporation enrolled him as a burgess, which gave him freedom to trade in the town. From 1770 he made clocks for Matthew Boulton whose Soho works mounted Whitehurst’s movements. One of the most outstanding was a sidereal clock of 1772 which showed the movement of the sun in relation to the fixed stars.

Whitehurst was interested in meteorology and worked as a mechanical and hydraulic engineer, making compasses, timers for pottery kilns, pyrometers and barometers. He contributed to steam engine development and designed water- raising systems for country houses, installing plumbing, heating systems and kitchen ranges for the Duke of Newcastle at Clumber Hall in Nottinghamshire. His skill enabled him to obtain the post of Keeper of the Duplicates or Copies of the Standard Weights at the Royal Mint in London in 1774. Living in London enabled Whitehurst to continue his investigations, publish and secure election as a Fellow of the Royal Society in 1779.

Whitehurst was also a geologist and was involved in mineral extraction schemes. Benjamin Franklin, Erasmus Darwin and Josiah Wedgwood were collaborators in geological investigation. Wedgwood also involved him in planning the Grand Trunk Canal. In 1763 Whitehurst sent Franklin an outline of his theory on the origin and formation of the earth published as An Inquiry into the Original State and Formation of the Earth in 1778. He propounded a theory to enable geologists predict which rocks might exist beneath those close to the surface, including detailed section diagrams through the strata in Derbyshire as part of his evidence. Whitehurst also described the fossils of sea creatures and speculated on their age. He was a Christian who had intellectual difficulties reconciling the findings of geology with his faith.

Whitehurst’s last published work was An attempt towards invariable measures of length, capacity and weight from the mensuration of Time (1787), which aimed to rationalise by decimalisation all forms of measurement. His death in 1788 robbed the Lunar Society of a scholar, investigator and engineer. Whitehurst introduced Joseph Wright of Derby to the Lunar circle. The latter painted intricate landscapes showing an understanding of geology, closely observed scientific experiments and portraits of several of the Lunar men.